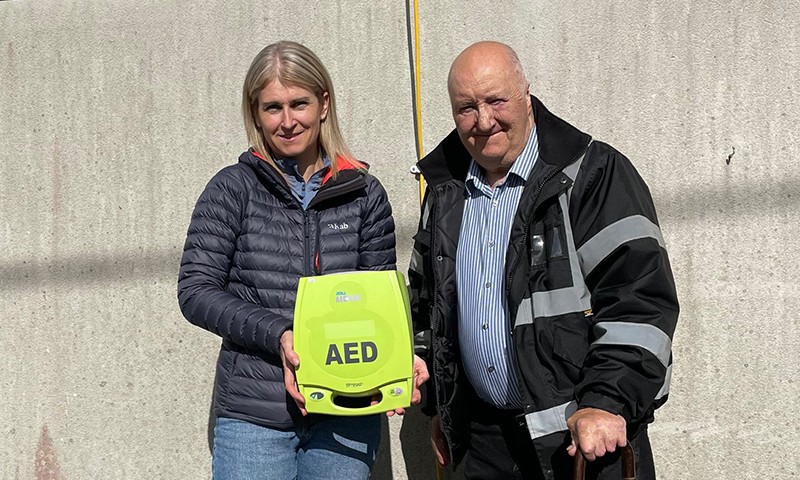 A Gwynedd man who had a cardiac arrest in his kitchen has been reunited with the off-duty ambulance worker who saved his life.

Off-duty Erika, 48, who had just arrived home from a run, hurried to her neighbour’s home to discover that he was in full cardiac arrest.

Erika, who has worked for the Welsh Ambulance Service for five years, recalled: “I had just finished an overtime shift and dropped my son’s car to the garage before running home.

“I was meant to run to my mum’s, but I automatically jogged the two miles to my house.

“Before I had the chance to shower, I heard this massive bang on the door.”

After Kenneth’s wife Jennifer explained that her husband was unwell, the pair ran back to the address to find Kenneth now unconscious in a kitchen chair.

Erika said: “I did the basics, so I got him on the floor and checked his airway.

“Kenneth was in cardiac arrest so I began chest compressions and asked Jennifer to phone 999.”

Call handlers directed Jennifer to a nearby primary school to retrieve a defibrillator.

Erika said: “While I continued CPR, I gave Jennifer instructions on how to get the defib pads out.

“She tried to stick them to Kenneth’s body but had to get a razor to shave his chest because they weren’t sticking.

“Once attached, I listened for the defibrillator instructions, and a shock was advised.” 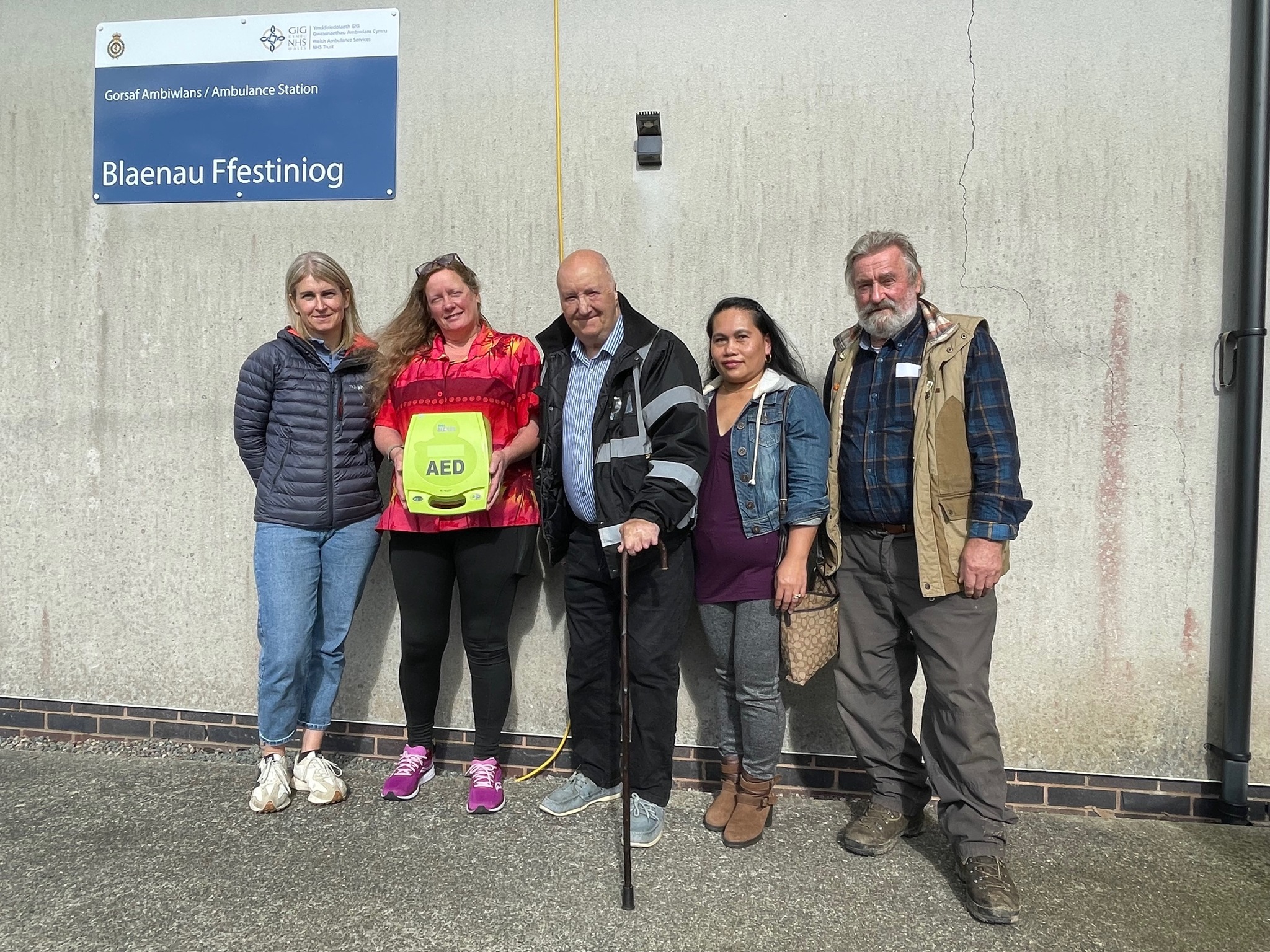 Erika delivered one shock to Kenneth, before her colleagues from the Welsh Ambulance Service and Wales Air Ambulance arrived to take over.

The father-of-one was taken to Ysbyty Glan Clwyd, where he underwent life-saving surgery to insert a stent.

Kenneth is now recovering at home and raising money for two more defibrillators for his community via JustGiving.

This is the second near death experience for Kenneth, who at 22, was seriously burned on the face and arm while working as an engineer on the Queen Elizabeth II in 1976.

He said: “I’m very lucky to have survived this cardiac arrest and it’s all thanks to Erika.

“What I can say is, without these defibrillators, people would not survive.

“People live in very vulnerable positions, and I want to encourage as many people as possible to go on courses, learn how to give CPR and how to use defibs.”

Liz Wedley, head of service for the emergency medical service in North Wales, said: “Kenneth’s story is a powerful reminder of the importance of early CPR and the use of defibrillators.

“Without Erika’s quick-thinking actions, it could have been a very different outcome.

“These life-or-death situations are what our staff train for and Erika was able to cope with the pressurised situation whilst being off-duty brilliantly.

“I am thrilled Erika was able to help the Lyon family and that Kenneth is now doing well.”

Next week marks the start of the Welsh Ambulance Service’s annual Shoctober campaign, designed to educate the public about the importance of early CPR and defibrillation.

When someone has a cardiac arrest, they collapse and become unresponsive.

They either stop breathing entirely, or they may take gasping or infrequent breaths for a few minutes, which can be misinterpreted as snoring.

If you see someone having a cardiac arrest, phone 999 immediately and start CPR.

In addition, a defibrillator will deliver a controlled electric shock to try and get the heart beating normally again.

Ambulance call handlers will tell you where your nearest defibrillator is.

Watch this video from the Resuscitation Council UK about how to perform CPR.

It is important that new and existing defibrillators are registered on The Circuit in order that 999 call handlers can quickly and easily alert callers to their location if needed.