Council accused of ‘plundering’ £307,000 from schools to cover pay rise they failed to plan for 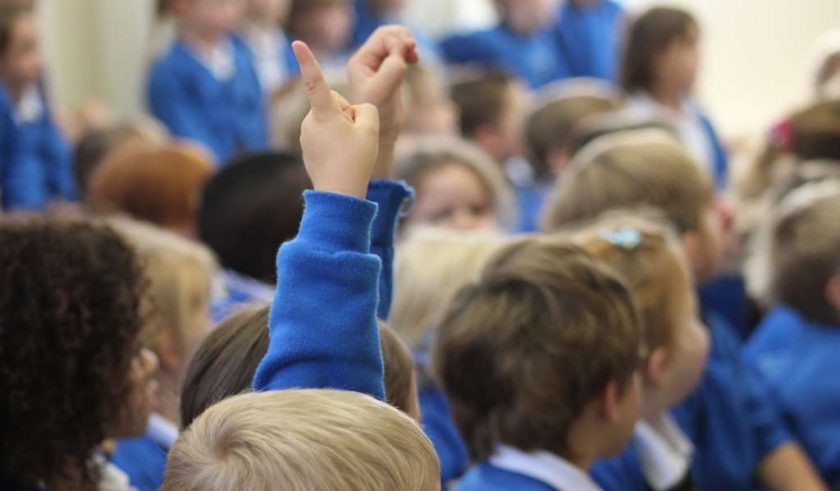 Conwy’s cabinet has been accused of undemocratically ‘plundering’ £307,000 from schools’ reserves to fund a teachers’ pay rise the council failed to plan for.

The accusation was made at Monday’s scrutiny committee, following Cllr Anne McCaffrey calling in a cabinet decision to be re-debated over schools footing the huge bill.

And a letter from Conwy’s schools backed up Cllr McCaffery’s claims, suggesting democracy had been undermined.

In November, the scrutiny committee had voted for the debate to be deferred and revisited – once key financial information was provided, detailing schools’ financial situations.

But the cabinet instead voted at their meeting to take the money from schools without returning to the committee for further discussion.
“It’s not right that cabinet closed down scrutiny on this matter,” said Cllr McCaffrey.
“The cabinet witnessed the vote for deferral by this committee. It’s disrespectful in my view to prevent us from fulfilling our role and our responsibilities.”

A letter was read to councillors during today’s meeting from Ysgol Aberconwy’s headteacher Mr Ian Gerrard on behalf of Conwy’s school budget forum. Mr Gerrard raised several concerns, citing the huge costs and accusing the cabinet of not following the proper process.
Cabinet had already decided in November to take £307,000 from Conwy schools’ reserves, insisting the authority had a £1.275m overspend to fund, an amount that increased to £1.651m when a teachers’ pay rise of 1.75% was announced, equating to an additional bill of £550,000.

Whilst the Welsh Government announced it would fund some of that pay-rise, Conwy was tasked with finding the additional £307,000.
Consequently, the cabinet agreed to take the money from school reserves – but failed to bring back the matter to the scrutiny committee first, with facts and figures to support that decision.

Cllr Anne McCaffrey said new figures supplied at the scrutiny committee indicated schools had a collective £5.9m in their reserves – but argued the sum was nearly a year out of date. The committee heard around 10 schools were struggling financially.
“This will be a hostile act. executed without key stakeholder consultation or agreement. and unprecedented in my time as a councillor and school governor,” said Cllr McCaffery.

“It’s not the schools’ fault that our council failed to plan for a teacher pay rise this year. I’m not aware of other councils failing to plan or seizing school funds in this way.
“School reserves and balances belong to schools. Reserves only exist due to their prudence, cost controls and forward-thinking.”

She added: “How can it be right to arbitrarily plunder these reserves in this way and at this late stage in the school budget year? I wouldn’t be surprised if headteachers submitted a group grievance on this issue.”

Conwy’s leader Cllr Charlie McCoubrey commented: “Cllr Anne McCaffery raised the fact there are only three months left of the school budgetary year, so time was pressing.
“Bad news is never welcome, so we felt we had to make this very difficult decision with some budgetary (notice) moving forward because this was not going to be popular.

“We (Conwy) have the lowest (council) reserves in Wales. If we use those reserves, we will have to top it up, and the only way we are going to be able to do that is by adding 0.5% to council tax, so that’s the reality of that.”

Ex-headteacher Cllr Gareth Jones said he was angry about the manner in which the decision was made.
“I have serious concerns about this decision to deprive schools of funding in mid-school year,” he said.
“The decision-making process is patently unreliable. There is a disconnect in what elected members were told, that schools are content with this decision and that there has been consultation. There is now written evidence – you’ve heard it this morning – clearly contravening that. Even without that letter, I could have told you heads were informing me they had no input into this decision.”

Cllr McCaffery proposed a vote was taken to ask the cabinet to revise their decision, which was seconded by Cllr Aaron Wynne, but the committee voted nine to three against her proposal with one abstention.