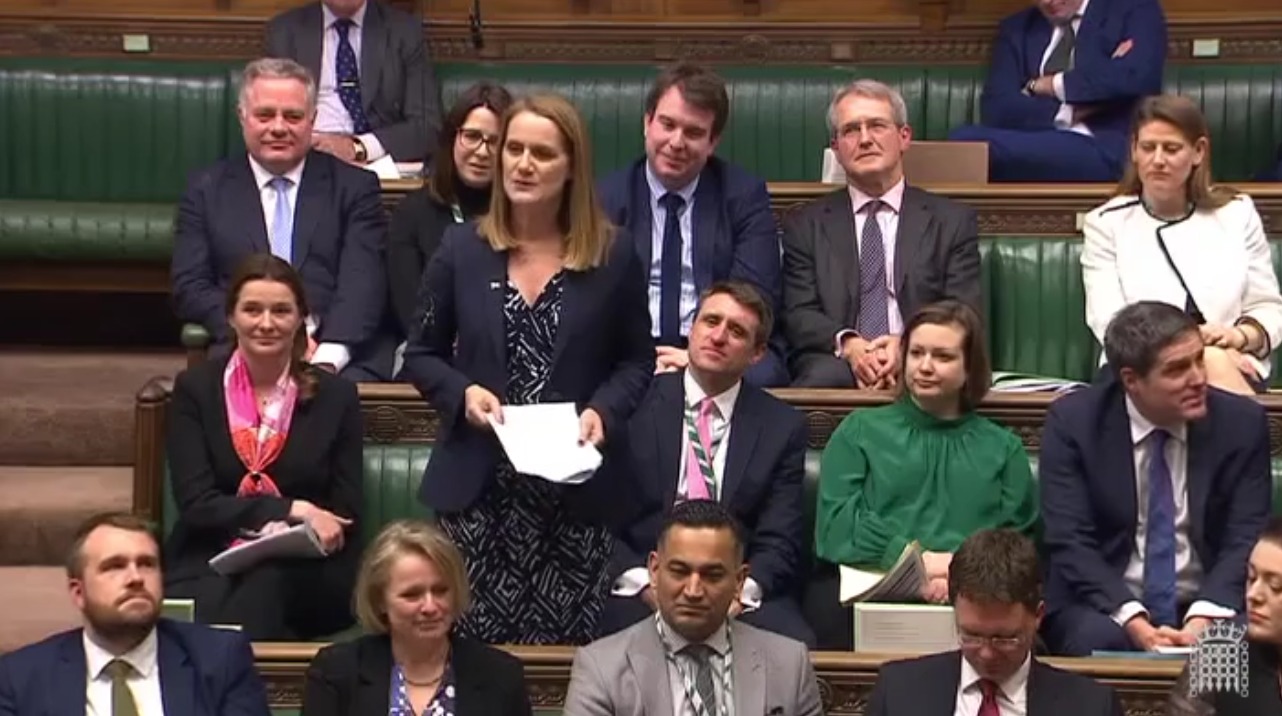 (Video and images attached to story)
Ynys Môn’s new Member of Parliament used her first major speech to highlight how the revival of Wylfa Newydd could “transform” the island’s economy.
Riding the crest of a blue national wave, December’s General Election saw Ms Crosbie secure a majority of 1,968 as the island’s voters followed up on their decision to back leaving the EU in the 2016.
In her maiden speech in Parliament, Ynys Môn’s first Conservative MP since 1987 used the opportunity to highlight the benefits of a new nuclear plant and its role in delivering carbon-free energy.
“My focus will be on delivering the jobs, skilled employment and investment that Ynys Môn needs, and I am hoping that the Wylfa Newydd nuclear power station will transform the island,” she said, addressing the Commons on Monday night.
“It will deliver jobs and help the Government to deliver their 2050 net zero carbon target.”
The multi-billion pound project was suspended in January 2019 after Japanese tech giant, Hitachi, failed to reach a funding deal with the UK government under Theresa May.
In March, however, a decision is expected on the Development Consent Order (DCO) application to build a new nuclear power station at Cemaes, based on a range of environmental, infrastructure and other aspects of the huge development that would create around 1,000 permanent jobs if up and running.
Stating her backing for the agricultural sector, Ms Crosbie went on to pay tribute to her predecessor, Albert Owen, and hoped to continue hosting Anglesey Day at Westminster while also highlighting some of Anglesey’s iconic visitor attractions and coastline, as well as major employers including RAF Valley and Holyhead Port.
Going on to highlight the Welsh language, which is spoken by a majority of the island’s population, she stated that its future would be secured thanks to a “robust economy.”
“Wales is a nation with a language that has been spoken for thousands of years, and I give my personal commitment to support this beautiful language by creating a robust economy,” she said.
“I took my parliamentary oath in Welsh, and I am learning Welsh. I know my pronunciation needs work, and I thank you for your patience.”
She also spoke of her pride of being one of 220 female MPs, concluding: “I would like to end by saying that I am a mother, a wife and a friend.
“I want to dedicate my life to public service, to work hard and to use my enthusiasm and ideas to make tomorrow a better day for my constituency, Ynys Môn—Anglesey, the Mother of Wales.” ‌﻿​﻿‌﻿‌﻿​﻿​﻿​﻿‌﻿‍﻿‌﻿​﻿‌﻿​﻿‌﻿​﻿​﻿​ 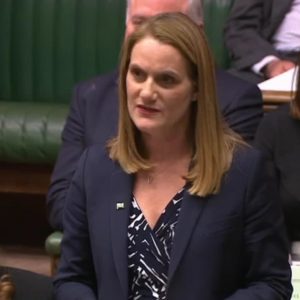 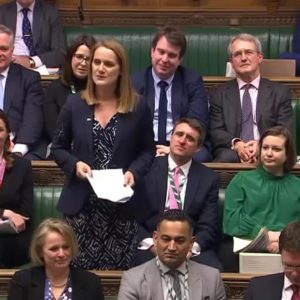