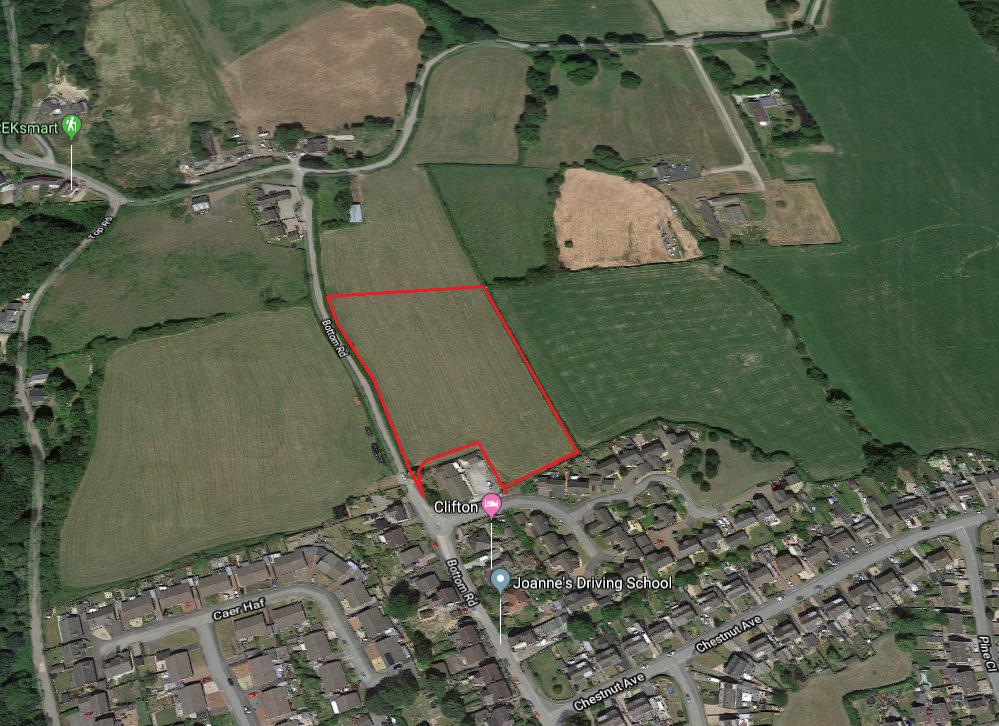 A newly elected councillor has voiced his opposition to plans to build 31 new homes in a village in Wrexham.

An application has been submitted to develop an area of land off Bottom Road in Summerhill.

Cllr Phil Rees, who won last month’s Gwersyllt North by-election, said proposals for around double the amount of houses on the site and nearby fields were refused by Wrexham Council in 2016.

The decision was later upheld on appeal by the Planning Inspectorate as they said it would breach the village’s boundaries.

The Plaid Cymru politician said the same conclusion should be reached on the latest scheme.

In a post on Facebook, he said: “Factors such as traffic and flooding/drainage were considered, but it was refused mainly because it extended the village boundary into green barrier, and was described by the inspector as “an illogical addition to the development of Summerhill” which would be “materially detrimental to the landscape and townscape character” of the area.

“Nothing has changed. Developing part of the site would still breach the village boundary, and is still illogical.

“I’ll be opposing the application myself, and I’ll be in touch with residents in the area over the next week.”

The plans show a mixture of detached and semi-detached two, three and four bedroom family homes would be built on the site.

In the documents, a planning consultant acting on behalf of the applicant argued it would deliver social and economic benefits for the area.

They said: “The development would represent a logical and appropriate extension to the pattern of development of the settlement.

“Development to this extent and in the general manner proposed on the attached layout proposals would preserve and enhance the character and appearance of the locality.

“There would be social benefit from the scheme through the provision of new market and affordable homes, the support that occupiers of the dwellings would provide for local services, proposed improvements to the local highway/public rights of way network and, proposed on-site recreation facilities.

“There would be economic benefit from the construction and occupation of the dwellings.

“In consideration of the above and the drawings and other information provided as part of the application, officers are respectfully requested to view these proposals favourably and subsequently resolve to grant planning permission.”

The application will be decided by the local authority at a later date.