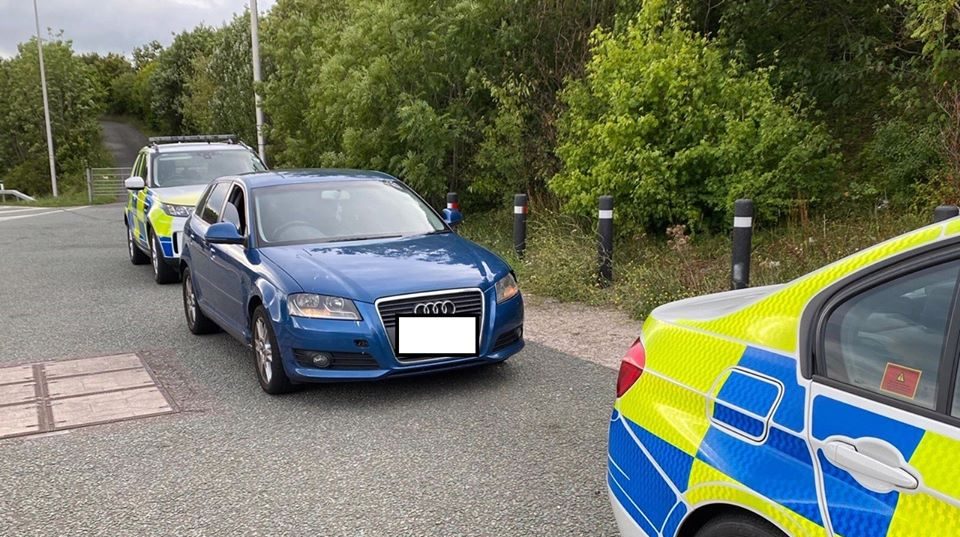 A woman caught drug driving with six passengers in her car was arrested again on the same day.

The woman was initially stopped near the Britannia Bridge on the A55 yesterday after reports of her smoking cannabis whilst driving.

She tested positive for both cannabis and cocaine at the roadside, while officers also discovered she had six passengers in her car, two of whom were young children and were not strapped in.

She was then taken into custody to undergo further tests before being released under investigation.

However, despite being told not to drive and to get a train home, the woman from outside the area then caught a taxi to go back to her car which had been left in a lay by.

She was stopped further down the road on the A55 near Conwy where she once again failed the roadside drugs test after testing positive for the same substances.

Police said: “Her car has now been seized and we will make an application to the court for a forfeiture order.

“Drug driving is an issue that concerns us and we plead with you to contact us if you have information regarding anybody you know who may be driving whilst under the influence.

“We will not tolerate risk-takers on the roads and our patrols continue.

“P.S. – in case you were asking yourselves why we didn’t seize the car first time round…there is no direct power of seizure attached to that particular offence.

“However, when committed persistently we will seize and request a deprivation order from the court.”