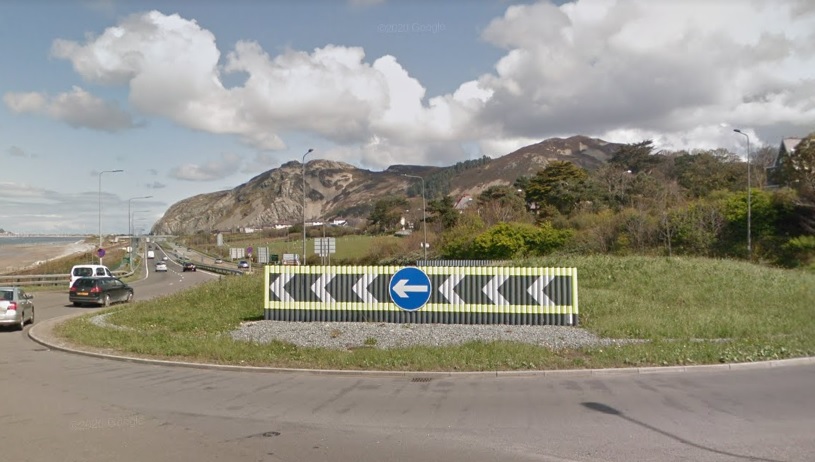 A public inquiry into planned improvements to the A55 has been placed on hold as part of a freeze on new road building projects.

An inquiry was due to go ahead next week on Welsh Government plans to remove roundabouts at junctions 15 and 16 of the dual carriageway at Llanfairfechan and Penmaenmawr to replace them with grade separated junctions.

However, the Welsh Deputy Minister for Climate Change has today issued a written statement to confirm that it has been postponed indefinitely.

In June, Lee Waters announced a freeze on new road building projects, whilst a review of highway schemes across Wales was carried out.

The confirmation comes despite Mr Waters earlier appearing to suggest the government would progress with the statutory process for the A55 works as planned in correspondence with Aberconwy MS Janet Finch-Saunders.

In his statement, he said: “Given the current status of the junction improvement schemes at junctions 14/15 and 16/16A of the A55, I have decided that the public local inquiry into the schemes that was scheduled to commence on Tuesday 21 September 2021, should be postponed until further notice so that the schemes can form part of the Welsh Government roads review.

“This decision has been made following advice from officials and the complexities that could have arisen as a result.

“I apologise for any inconvenience caused by the postponement of the public local inquiry and for the delay in providing this notification.

“The ministerial decision in respect of the recommendations of the Welsh Government roads review will be published in due course.

“The roads review panel have been requested to provide their view on this project as a priority after the appraisal criteria is agreed around the three month milestone.

“I am grateful to all parties who have been involved in the statutory inquiry process to date for their co-operation.”

Welcoming the clarity, Ms Finch-Saunders said: “Having called for a postponement of this local public inquiry, until the Welsh Government can clarify its intentions with regards to road policy, I am relieved that the deputy minister has seen sense.

“This announcement is a clear win for taxpayers and provides short-term clarity for the residents of Dwygyfylchi, Penmaenmawr and Llanfairfechan.

“That a significant sum of public money could have been spent on further public engagement, only for the Welsh roads review to have come along and scrapped the entire project, underlines the foolish route that this policy was travelling down.

“That it took an intervention from me to realise this fact should shock all residents.

“That it has taken two months for the deputy minister to see the light highlights my concerns about the lack of pragmatism shown by this administration. I look forward to the outcome of the Review. ”