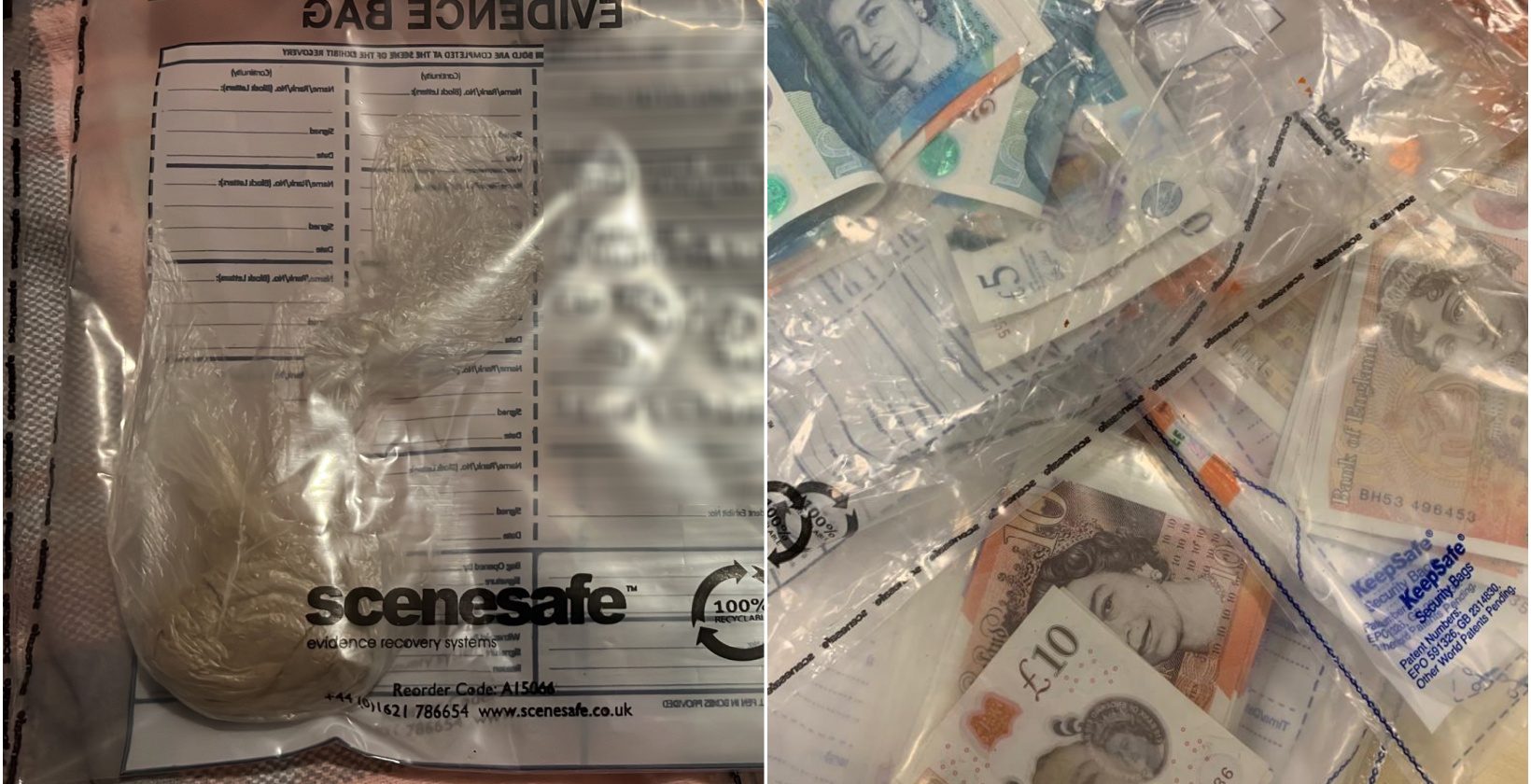 Police have seized a quantity of cash and suspected Class A drug after stopping a vehicle on the A55 over the weekend.

The North Wales Police Intercept Team pulled the vehicle over on the dual carriageway on Saturday night and said they were “surprised” at what the two occupants had in their possession.

Cash was found within the vehicle along with other items which officers said could be linked to drug supply.

The pair were arrested on suspicion of money laundering and being concerned in the supply of Class A drugs and taken into custody.

A further search of their home address led to the discovery of suspected Class A drugs, as well as scales and other items.

In a post shared on Facebook yesterday, the team said: “The two arrested people had their chance to answer our questions this morning and now the investigation can continue.”