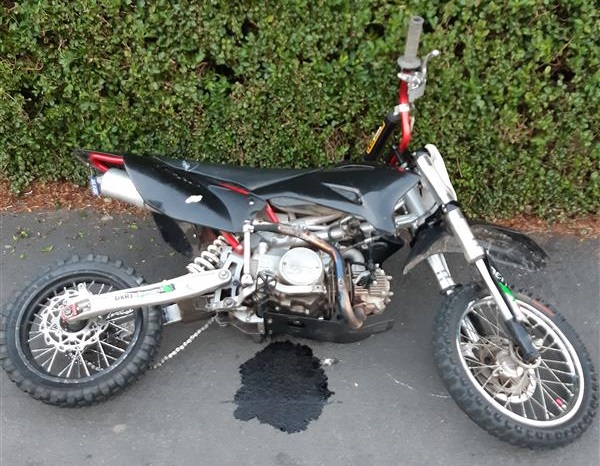 An off-road bike has been seized in Bangor after reports of a male riding dangerously.

The incident took place in the Maesgeirchen area over the weekend where the person was said to be riding around a residential area causing a nuisance and danger to local residents.

It has led to a reminder from police that it is illegal to ride off-road bikes on public footpaths, and bridleways, common or council land such as beaches and parks.

Private land can be used only if the landowner has given permission.

“This is not a reasonable excuse for illegal and anti-social riding on public highways, that endangers the local community, as well as the riders themselves.

“If you have any information regarding off-road bikes and their anti-social use please contact us on 101 or anonymously via Crimestoppers.”