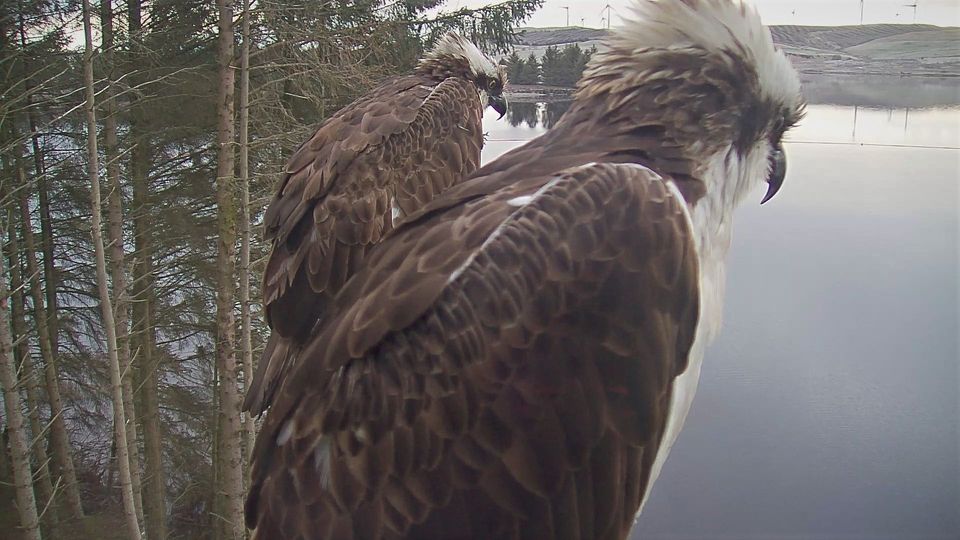 Hopes have been raised that two ospreys will still breed at a beauty spot in North Wales despite their nesting platform being cut down.

There has been an angry reaction after the pair’s nest at Llyn Brenig, which is located on the border between Denbighshire and Conwy, was cut down with a chainsaw on Friday.

Police have pledged to find the person responsible after sharing footage of the moment it was brought down, which occurred shortly after the female osprey had laid an egg.

Efforts have since been made to encourage the two birds to use another nesting site nearby by using a decoy egg.

“This photo (shown above) was taken at 6.45 this morning.

“Both ospreys were on the perch looking at where their nest should be. 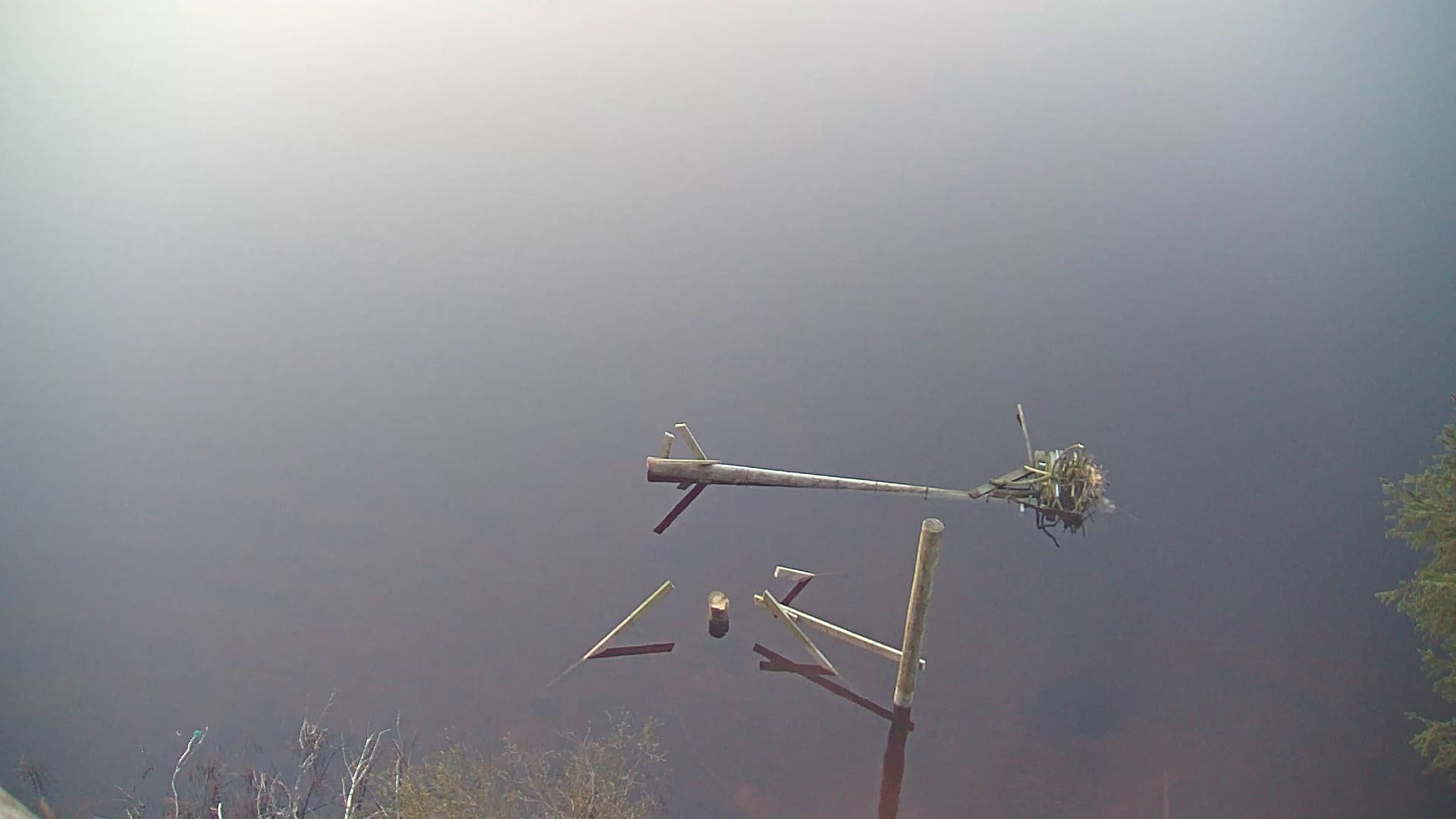 “Other ospreys are also around the Brenig area. Late yesterday afternoon a third osprey was spotted around the Brenig nest site, whereas last week they allowed an osprey to sit on their nest, yesterday they were seen defending their breeding territory.

“Their bond is strong, they have mated again today and we hope they will still have a family here at Brenig.

“We will keep you updated with all the developments from site, please refer to our social media for the latest updates.”

“Initial enquiries show that the offender(s) possibly arrived by boat to chainsaw the platform.”