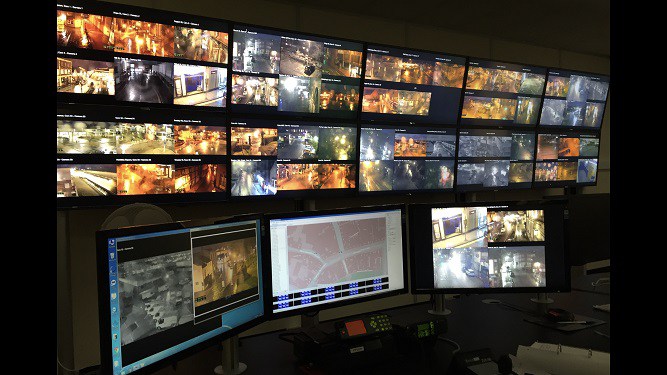 North Wales Police and Crime Commissioner Arfon Jones has secured an extra £1 million in funding for a raft on initiatives including Automatic Number Plate Recognition cameras (ANPR) and increased CCTV coverage in Wrexham and Rhyl.

The aim is to target thieves, burglars and robbers travelling in from places like Liverpool and Manchester as well as local criminals as part of the Safer Streets campaign.

ANPR cameras can read a registration number and instantly check it against database records of vehicles.

If it’s of interest police officers can intercept and stop a vehicle, check it for evidence and, where necessary, make arrests.

According to Mr Jones, North Wales Police will be working with a range of partners to home in on crime hotspots in the two communities after his two successful bids for additional cash from the Home Office.

The main focus will be on tackling acquisitive crimes – theft, burglary and robbery – which account for up to 40 per cent of all the offences committed.

In Wrexham the Commissioner and the force will be working closely with Wrexham Council and the Caia Park Partnership.

Burglary crime prevention packs will be issued to 1,000 residents while community wardens and members of the voluntary community watch scheme will be trained to help residents take action themselves to prevent crime.

Three garage blocks will be demolished and 200 metres of additional fencing will be provided as well as improved lighting and gates to secure seven alleyways.

Another important element of the Caia Park scheme will be an environmental fund to tackle graffiti, landscape communal areas, cut bushes and remove trees.

A similar approach will be adopted in Rhyl by the partnership that will also include Denbighshire County Council, West Rhyl Neighbourhood Management Project and the Clwyd Alyn housing association.

Environmental improvements will include improved signage,  removal of graffiti, new bins and creating a new community space, along with better lighting in two alleyways.

Commissioner Arfon Jones, a former police inspector, said: “It is so important the people of North Wales feel safe in their communities. It’s about taking every opportunity we can to prevent acquisitive crimes, where offenders take property from victims whether through theft, burglary or robbery.

“It’s vital we invest in our towns and in particular the communities which perhaps need more help, so we can make them safer for everyone. If we can improve security through better street lighting, for example, it can make a big difference to public safety.

“However we can’t achieve these goals on our own. We need to work in partnership with local authorities as well as community groups if we are to have any chance of success.”

He added: “We know from analysis that burglaries, for example, are persistently and disproportionately concentrated in certain communities. Queensway, Wrexham and Rhyl West are real hotspots when it comes to acquisitive crimes. It’s time for that to change.

“We can help prevent a lot of crime by taking simple measures such as better street lighting, putting gates on alleys and adding security features to community buildings.

It was a sentiment endorsed by Superintendent Helen Corcoran, who’s in charge of community safety.

She said: “I’m delighted that both bids were deemed to be worthy of investment. It will make a real difference to both communities and help us to keep residents safer.

“It’s about tackling burglary, theft, and robberies. It’s these crimes that make up around 40 per cent of all crimes – and anyone who has suffered a burglary will tell you that being a victim is incredibly distressing.

“Dealing with these crimes also takes up a significant amount of valuable police time that could be spent investigating other serious offences so this is a massive boost, whichever way you look at it.”