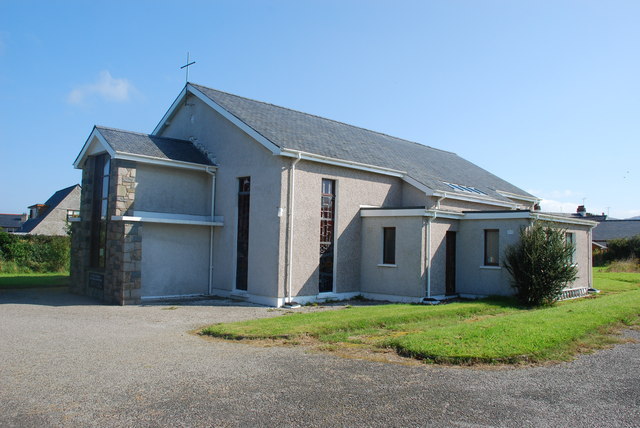 Planning inspectors have upheld a decision by Gwynedd Council to refuse plans for six open market homes on the site of a former Catholic church after citing the possible impact on the Welsh language.

In 2019 Gwynedd Council approved the demolition of the Resurrection of Our Saviour church in Morfa Nefyn after it fell victim to a sweeping closure programme  announced by the Bishop of Wrexham three years earlier.

Commercial Development Projects Ltd subsequently applied to build six open market homes on the site, but this past February saw Gwynedd’s Planning Committee unanimously refuse the plans after claiming that the Local Development Plan encouraged only affordable housing in such coastal villages.

On Wednesday, prompted by an appeal from the applicants, planning inspectors sided with Gwynedd Council after failing to be persuaded they would not have a negative impact on the Welsh language in the village.

The local authority had claimed that the applicants had failed to justify why affordable housing could not be provided at the site.

Planning inspector Vicki Hirst noted in her report that the homes were of “generous sizes and exceed the basic requirements of a family home, including substantial areas of glazing, balconies, and integral garages.”

She added, “I have insufficient information before me to conclude that the proposal would genuinely be accessible to meet the identified need for family homes in the area and would fail to make a contribution towards affordable housing.
“Equally, in the absence of information in relation to local wages and the likely market price of the houses I am unable to conclude that the proposal would be accessible to those within the local communities that speak Welsh.
“In the absence of such information I am unable to reach a view that the impact of the proposal on the Welsh Language would not be harmful.”

Concerns were also raised locally over the narrowness of the access route and the detrimental impact on the flow of vehicles, with claims it would affect local residents and users of Lôn yr Eglwys, including those attending Ysgol Morfa Nefyn.

Local councillor Gareth Jones, referring to Capel Pab – as the church was known locally – said that while many were expecting a development of two or three affordable homes at the site, it was a “shock” to see plans filed for six “expensive” homes “out of the reach of most local people.”

He added during February’s planning committee meeting: “Morfa Nefyn is a coastal village with too many holiday homes, and policy states that only affordable homes should be approved.

“This would undoubtedly harm the Welsh language by leading to even more incomers moving in.”

Addressing planners, the applicants had claimed that the proposals would help meet a demand for larger sized housing in the area.

With four of the houses planned to have three bedrooms and the remaining two built with four bedrooms, the Gwynedd planning officers’ report had also cited opposition from the local community council, however.