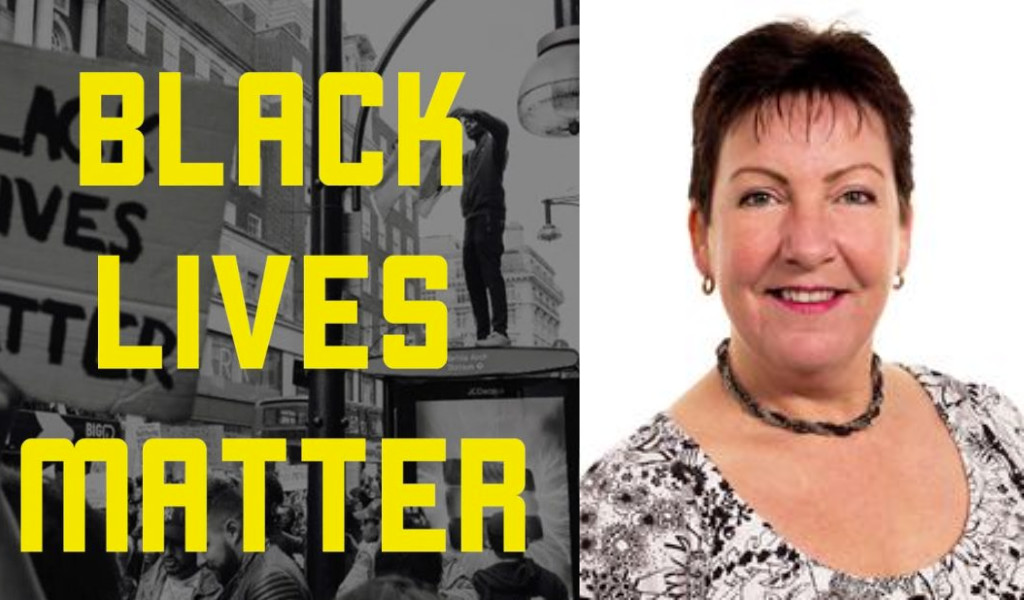 A North Wales MS has claimed that Black Lives Matter protests are a “slap in the face” to those who have made sacrifices to defeat the coronavirus.

The comments by the Brexit Party’s Mandy Jones were made as socially distanced demonstrations are being planned across the region to support the fight for racial equality.

They have been sparked by the death of George Floyd, an African-American, who was killed in Minneapolis after a police officer held his knee against his neck.

Ms Jones made her remarks after writing to First Minister Mark Drakeford to clarify the Welsh Government’s guidance on large gatherings.

She said: “The First Minister himself told the people of Wales that large gatherings are not allowed here due to the pandemic. And yet, a protest in support of Black Lives Matter in Cardiff was allowed to go ahead this week.

“It’s now been brought to my attention that another protest by the same organisation will be taking place again on Saturday. The second large gathering in a week.

“Every time the Welsh Government allows protesters to ignore the law, the Government loses its authority and the rule of law diminishes.

“The First Minister has told families they can’t reunite if they live over 5 miles apart and bereaved families can’t pay their final respects – all in the name of stopping the spread of COVID 19.

“If this second protest goes ahead, this is a slap in the face to those who have sacrificed so much in order to defeat the virus.”

Today we highlighted the letter at the government’s lunchtime coronavirus briefing, asking Mr Drakeford for his response.

Mr Drakeford said: “I regret the language that she has used, you would imagine that in a context where somebody lost their life through violence, you would think twice about using phrases like ‘slap in the face’.

“I’m afraid sensitivity on these matters is not always to be found from the party to which she belongs.

“My advice to people who are absolutely rightly concerned about what we have seen, the deeply distressing scenes that we have witnessed, is that there are many ways in which you can make your views and your voice heard, and that the restrictions in Wales do not encourage people to get together in large numbers because of the risks that it poses to those people.

“So, I ask people to think very carefully. Think of all the different ways in which your concerns can be raised, in which your voice can be added to the voice of others, and can be done in a way that does not bring you into difficulties with our regulations, and does not end up posing the risk that coronavirus can pose to you and then to other people.”

Reporter Morgan Morton, who writes for a Cardiff-based student news outlet, also raised the subject of a petition with over 19,000 signatures which has been presented to the Welsh Government.

It calls for the history of black people and people of colour to be compulsory in most schools.

She asked whether plans were in place to introduce more teaching on black history.

Mr Drakeford replied: “It is very important that that plural experience is understood and communicated to people in our schools, but more generally, in our population.

“Diversity matters in every single part of Wales and in every community and even when there are few black faces to be seen, they will be other forms of diversity in all of those communities as well.

“Therefore, it’s just as important in some ways, you could argue more important to make sure that that plurality of experience is understood in every community in Wales.”