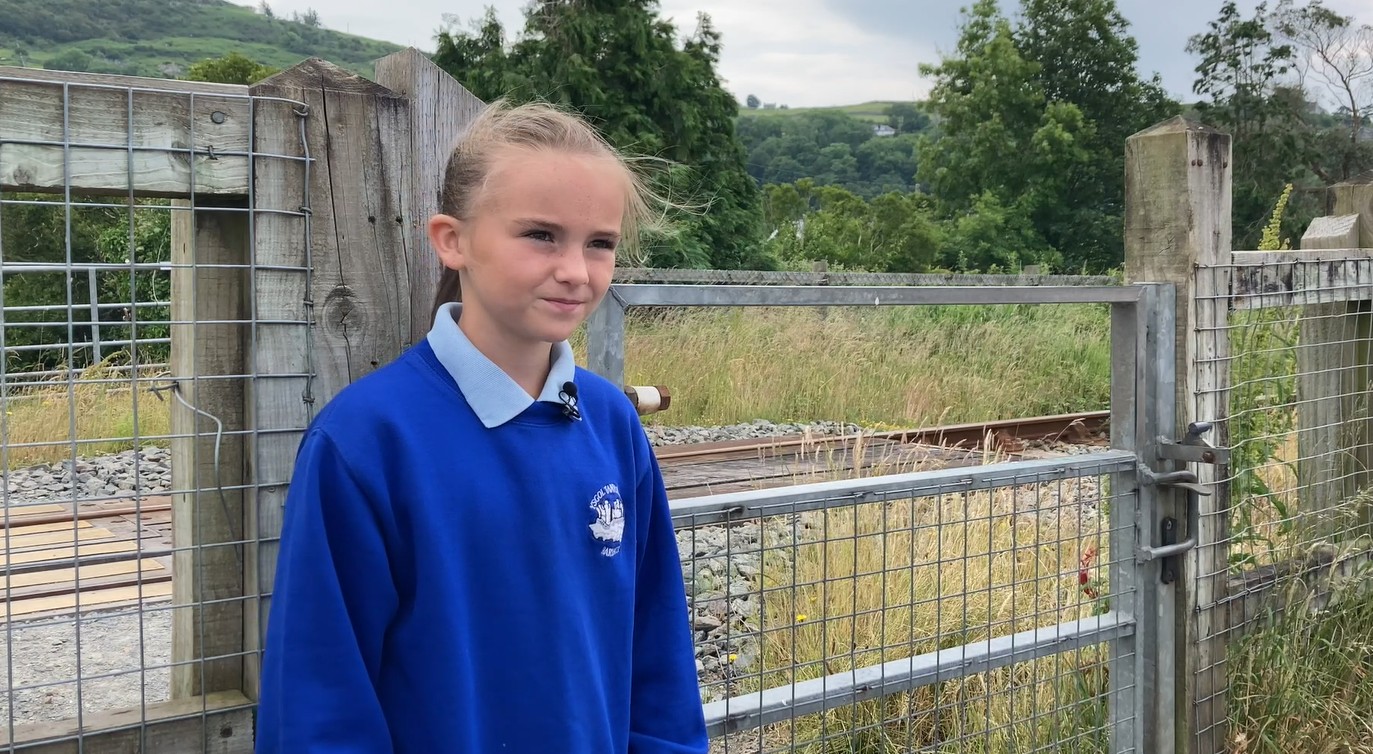 A nine-year-old school girl from North Wales has spoken about her “terrifying” near miss at a level crossing.

Paige Kelly, lives in Harlech in Gwynedd, which is literally split in half by the Cambrian Coast railway line.

Children at the local Ysgol Tan-Y-Castell are taught about the dangers of the railway, as crossing the track is something many of them do every day, to get to and from school.

But despite knowing a lot about rail safety, earlier this year, Paige learned that the smallest distraction is all it takes to put your life at serious risk.

Paige said: “I was going to see my friends who live across the tracks. We were pushing our bikes up to the gate.

“My friends then went in the gate and then I went by. I went straight across. Then I saw the train, it was right there. I was so shocked and scared.

“I trashed the bike down and hid in the corner. I cried when I got across the other side and saw my dad.”

“I was distracted that day talking to my friends and I forgot to stop, look and listen.”

The driver of the train spotted Paige in enough time to blow the horn and apply the emergency brake.

Paige’s quick thinking to duck out of the way saved her life, as the train was unable to come to a complete stop for 50 metres beyond the crossing.

This terrifying experience shook Paige and her local community and left her parents fearing the worst.

Paige’s stepdad, Emmett, said: “You just think the worst, that the worst has happened to your kid and it’s every parent’s worst fear. You have thoughts going through your head that no parents want.

“It’s wider than just Paige. I have five kids. One of them has cerebral palsy and he uses a frame and a wheelchair from time to time and crosses the track.

“We are just trying to get the kids talking about how dangerous it [the railway] is here and getting them to understand.

“If other people learn from this incident, then something good will have come out of it.” 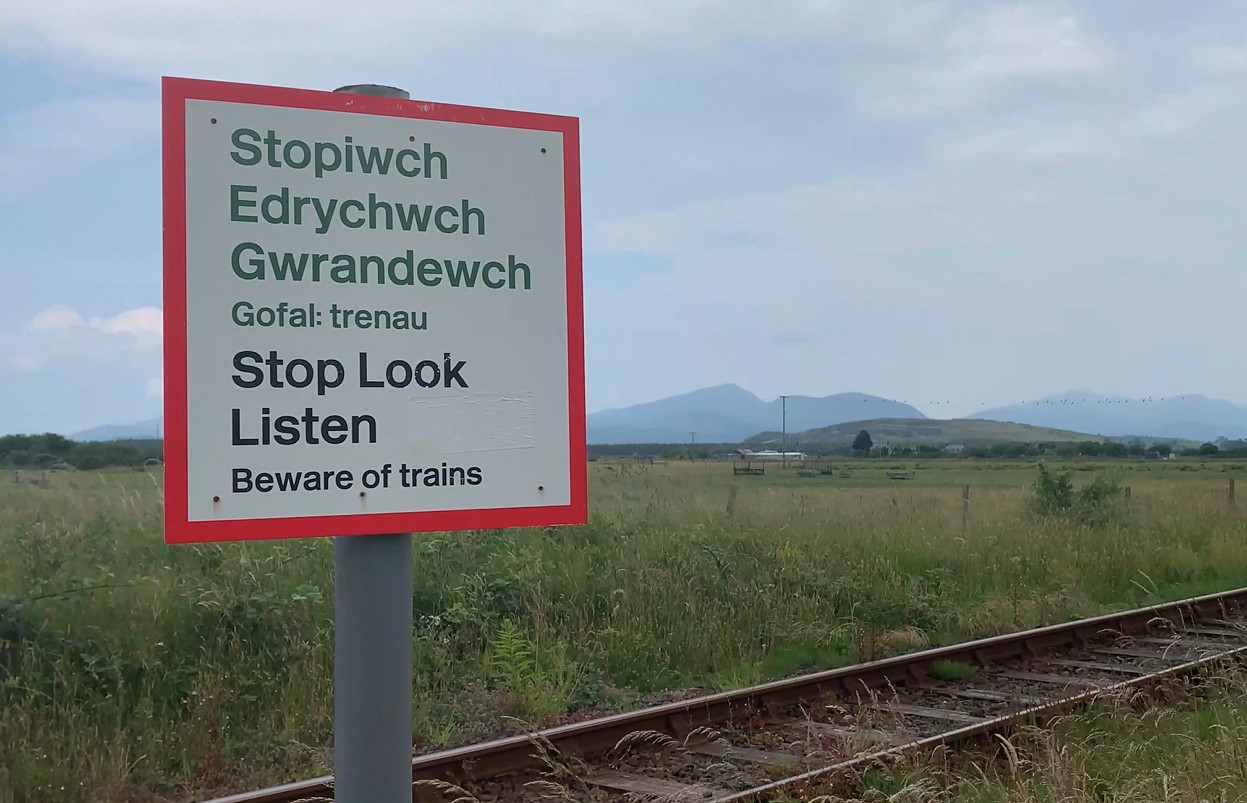 There are more than 1,000 level crossings in Wales, many like the pedestrian one in Harlech.

Safety teams from Network Rail and British Transport Police frequently deliver safety talks to schools across the country and they did an extra session with every pupil at Paige’s school following her near miss.

Anwen Williams, headteacher at Ysgol Tan-Y-Castell, Harlech, said: “It is so important the children learn about railway safety.

“After the incident, the police and Network Rail visited and talked to every single year group about rail safety.

“They make our job very easy, and they are vital to helping us encourage the children to remember the safety rules.”

Philip Caldwell, level crossing manager at Network Rail, said: “We are so glad that Paige came away from this unharmed, but it goes to show how a split second decision near the railway can put your life at risk.

“Trains travel almost silently and if you are distracted, it will be too late before you notice the train upon you and survival after being hit by a train is, sadly, almost zero.

“Level crossing users should cross quickly and always follow the instructional signage, making sure to stop, look and listen.”