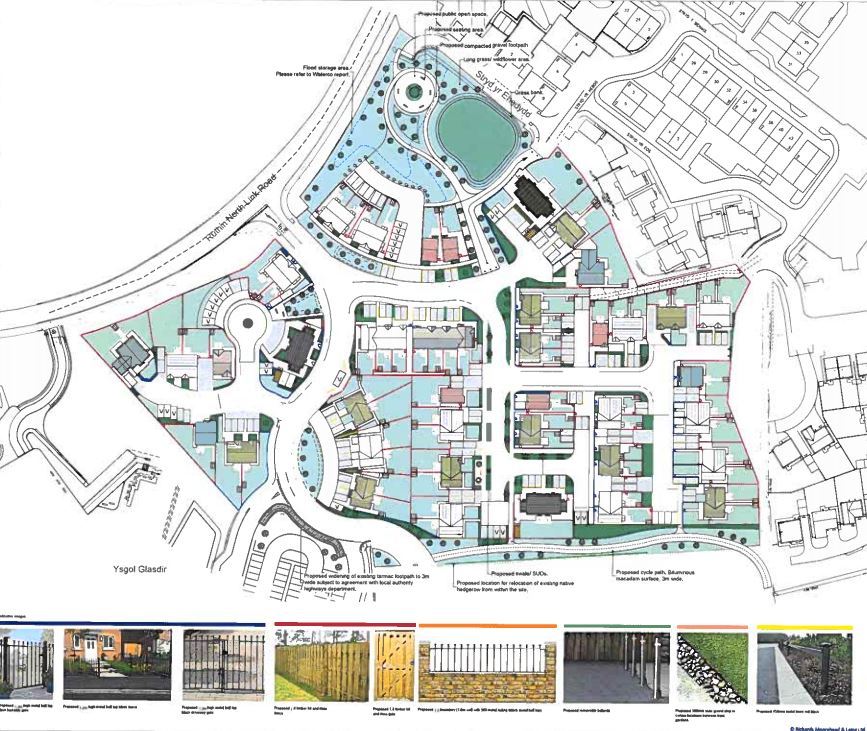 The Welsh Government has been accused of having “double standards” as plans to build 77 affordable houses on a notorious flood plain were rejected by councillors.

Councillor Bobby Feeley, Independent representative for Ruthin, made the comment about another development for the Glasdir site in the town.

Councillors voted by nine to four to reject the scheme which would have seen two, three and four-bedroomed homes built on behalf of social landlord Clwyd Alyn.

The deal which would have seen an investment of £9.1m by Welsh Government and £4m by the social housing provider.

A petition with more than 300 signatures had been raised against the plans.

Cllr Feeley said it made no sense to continue with the scheme when Welsh Government was in the process of “strengthening” its own advice on development and flood risk.

She told Denbighshire’s planning committee: “How in Ruthin, on a site owned by Welsh Government, a site that has already flooded, can they be advocating building?

“How can they have such double standards?”

She said when the site was put in the Local Development Plan (LDP) in 2006 “the world was not in global crisis like it is now”.

She added: “We should wake up to the global crisis now. Building on flood plains in Denbighshire and in Wales should stop.

“I’m talking about building on a known flood plain which has flooded before. The decisions today are based on old advice.”

Cllr Feeley said if all sites with potential for building were taken up it could increase the population of Ruthin by 50%. She said the scheme would have a “considerable effect on local services”.

Fellow Ruthin councillor Emrys Wynne, Plaid Cymru, also had reservations about potential for flooding and the design of the properties.

He said: “There are questions about visual amenity. There are flats that back onto the site. It’s going to interfere with their privacy.

“Planning authorities should adopt a cautious approach in areas with rivers, regarding flooding from rivers. Building in areas of flood plain are not sustainable.”

*Earlier in the meeting plans to increase the number of houses on a site to 64, between Old Ruthin Road and the new Ruthin Road in Denbigh, were passed by 11 votes to two.

Stuart Andrew from builders Macbryde Homes said they the company would be giving around £44,000 towards affordable homes, £75,000 for local schools and £17,000 towards open space provision in the county.

Six affordable houses would be included in the development of two, three and four-bedroomed homes.