Extension of quarry lifespan to be granted

An application to extend works at a Denbigh quarry are set to get the go ahead despite residents anger about blasting at the site.
Next Wednesday’s meeting of Denbighshire’s planning committee will hear an application from J Davies of Breedon Southern Ltd to allow for continued extraction at the Graig Quarry on Graig Road in Denbigh.
Six members of the public have written to planners raising their objections.
Grounds for refusal, they said, included fears over the negative impact on the health and wellbeing of the neighbouring population and their quality of life as well as worries about reduced lifespan of local residents due to chronic inhalation of dust emitted from the quarry.
Another argument against the plans was residents saying that the quarry was too close to homes.
Nearby resident, David Lloyd wrote to planners to say: “Our main concern is the effect on our property. Since blasting commenced on the quarry in recent years (one blast on a Tuesday) we can feel the blast – our property and the ground shakes.
“We have cracks on various walls and are concerned that further blasting will have a detrimental effect on our house and also others in our estate.
“The quarry was silent for many years and we were surprised when we had a letter giving a weeks notice that blasting was re-commencing – it
was approved by the council apparently although i am not aware residents were consulted.”
While Denbigh Town Council did not object it did ask that councillors be mindful of residents health and safety when considering the application.
The application would see work at the site continue until 31 August, 2028 for the extraction of limestone.
Despite the fears of the residents planning officers have recommended that the application be granted by officers.
A report to members of the committee said: “The environmental effects of the ongoing operations at Graig Quarry were comprehensively assessed in the 2009 Environmental Statement which accompanied the previous application, with detailed studies of landscape and visual effects, ecology, soil resources, archaeology and cultural heritage, hydrology and hydrogeology, traffic and transport, noise, blast vibration and geotechnics, air quality and dust.
“The recommendations of these studies informed the preparation of a comprehensive schedule of 33 planning conditions which were imposed on planning permission.
“These conditions include detailed controls on the phased working scheme, hours of working, dust, blast vibration, noise, vehicle cleaning, ground and surface water management, archaeology, soil stripping and storage, management of perimeter woodland, grassland monitoring, and restoration and aftercare.” 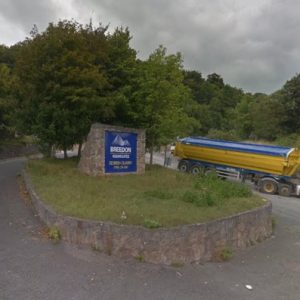