Councillors to be briefed on personal safety 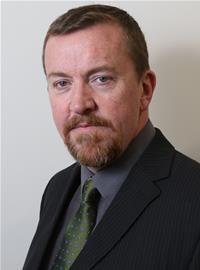 Councillors will be briefed on how to stay safe while doing their jobs following reports that there’s been an increase in the abuse they receive.
In response to the changed atmosphere, a meeting of Denbighshire council’s democratic services committee will consider what measures can be taken by members to ensure their safety.
The report comes as the issue of standards in public debate hit the headlines, with Prime Minister Boris Johnson being criticised for his use of language around the Brexit debate.
Steps which members have been advised to take include letting police know times and dates of surgeries if the councillor will be alone, parking in spaces where their car cannot be blocked in, and bringing meetings to an end if confronted with racist or offensive remarks.
Prestatyn North county councillor Paul Penlington said: “Councillors have always been subject to criticism, which is part of the role but, in recent years, that has often escalated to personal abuse and even threats.
“Mostly online, but I know some councillors have been verbally abused in person. ‌﻿​﻿‌﻿‌﻿​﻿​﻿​﻿‌﻿‍﻿‌﻿​﻿‌﻿​﻿‌﻿​﻿​﻿​

“I personally was subjected to several online threats during the European elections, and there is a Facebook page dedicated to slandering local councillors, which I seem to feature on more than most. ‌﻿​﻿‌﻿‌﻿​﻿​﻿​﻿‌﻿‍﻿‌﻿​﻿‌﻿​﻿‌﻿​﻿​﻿​

“Several are now reluctant to speak publicly, and even in some council meetings, as they are quickly subject to angry abuse almost as a matter of course. ‌﻿​﻿‌﻿‌﻿​﻿​﻿​﻿‌﻿‍﻿‌﻿​﻿‌﻿​﻿‌﻿​﻿​﻿​

“It is a serious concern though that this abuse could go further, as social media and our Parliament seems to be encouraging aggressive behaviour and language, and concerns are dismissed as ‘humbug’. ‌﻿​﻿‌﻿‌﻿​﻿​﻿​﻿‌﻿‍﻿‌﻿​﻿‌﻿​﻿‌﻿​﻿​﻿​

“Democracy will inevitably suffer as councillors feel they need to maintain a distance from the public and fewer people will be prepared to put themselves forward.” ‌﻿​﻿‌﻿‌﻿​﻿​﻿​﻿‌﻿‍﻿‌﻿​﻿‌﻿​﻿‌﻿​﻿​﻿​

Lower Denbigh county councillor Rhys Thomas said: “Denbighshire’s county councillors can rise above the disgraceful behaviour of some of those in power in Westminster. ‌﻿​﻿‌﻿‌﻿​﻿​﻿​﻿‌﻿‍﻿‌﻿​﻿‌﻿​﻿‌﻿​﻿​﻿​