Bob Murray allowed back into Labour 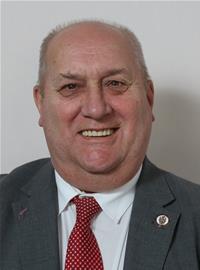 A councillor who had offensive comments praising Hitler posted on his Facebook account has been readmitted to the Labour group having been cleared of wrongdoing by authorities.
Prestatyn South West county councillor Bob Murray has been readmitted to Denbighshire Labour Group following an investigation that found credible evidence that someone else had access to his Facebook account.
It follows a decision by the Public Services Ombudsman to clear Cllr Murray of wrong-doing.
Cllr Murray, made the headlines when a comment from his account appeared on a thread started by another councillor about a Traveller encampment.
The post claimed “Hitler had the right idea” was made from the Facebook account of the Prestatyn councillor.
The post also asked “anyone got any gas canisters?” .
Cllr Murray denied making the comments but he was suspended from the Labour Party.
Cllr Murray said: “I’m pleased this suspension has been lifted. It has been a very difficult few months that has put a huge strain on me but I would like to thank my fellow councillors, friends and residents for their support.
“As the evidence shows, I did not post these abhorrent sexist, homophobic and racist comments and I never would. I deplore the actions of the person who did this and I have secured my account to make sure this does not happen again.
“I am looking forward to resuming my duties as a councillor and representing the people of Prestatyn.”
Joan Butterfield, leader of the Labour group on the council, said: “We are pleased to welcome Cllr Murray back into the group. We understand credible evidence was uncovered that someone else had access to Cllr Murray’s Facebook account and he did not post the comments himself.
“I’m glad that there has been a thorough investigation and that we can now move on.
“People were rightly outraged by the offensive comments written on Facebook. That is why I think it’s important to reiterate our complete opposition to racism, sexism, homophobia and prejudice in any form.” ‌﻿​﻿‌﻿‌﻿​﻿​﻿​﻿‌﻿‍﻿‌﻿​﻿‌﻿​﻿‌﻿​﻿​﻿​