Plans for an extra two classrooms at a new Llandudno Junction school have been approved.
The plans were before yesterday’s meeting of Conwy’s planning committee for the extra space at Ysgol Awel y Mynydd.
But councillors were frustrated that the school needed more classrooms after just two years of being open.
The 492 pupil super school cost £11.5m to build to serve the town after the merger of Ysgol Nant y Coed and Ysgol Maelgwn primary schools.
Kinmel Bay county councillor Nigel Smith said: “This is a brand new school and it already needs extending, which I find very disappointing.
“Something has gone wrong with the statistics here. We have approved a couple of housing estates just around the corner from this school and they clearly should have been taken into consideration.
“We raised it at the time so obviously councillors have not been listening and they need to take more note of the elected members.”
There were also fears that there could be requirements for more space at the school as the population of the town expands.
Earlier this year, the Planning Inspectorate overturned the council’s decision to refuse permission for 110 homes at Marl Lane in Llandudno Junction.
Cllr Andrew Hinchliff said: “When planning was allowed on Marl Road, we were assured there were sufficient spaces and here we are asking for two more classrooms.
“How many more are they going to need when the houses are built?”
The plan will see the building of a two-classroom single storey extension to the east side of the existing school building, which will include pupil toilet facilities and a small staff room. ‌﻿​﻿‌﻿‌﻿​﻿​﻿​﻿‌﻿‍﻿‌﻿​﻿‌﻿​﻿‌﻿​﻿​﻿​ 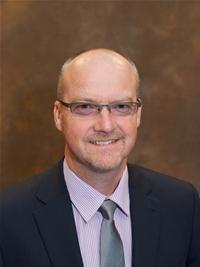