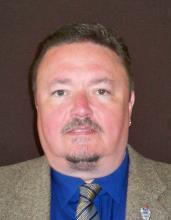 Plans to secure the future of the sea defences in Llandudno will take a step forward next week.
A meeting of the council’s economy and place committee will look at the different options for works on the defences.
The Welsh Government has made £150 million investment available to
county councils through its Coastal Risk Management Programme (CRMP) to improve existing coastal defence infrastructure as the planet deals with climate change and an expected rise in sea levels.
In the early stages it would be completely funded by the Welsh Government, but the construction stage would only be funded to the level of 75% with the remaining 25% provided either by the council or privately.
A public consultation event was held with over 800 attendees, to see which options for the sea defences were preferred.
The North Shore options include carrying on with business as usual or beach nourishment (where sand is replaced) or the second option with shore connected control structures.
The third combined option could result in a capital cost of £12,100,000.
The control structures would be fishtail or timber groynes placed on the beach.
West Shore could see periodic maintenance or a wall extension to existing defences or a combination of both.
A report to councillors on the committee said: “The majority of attendees accepted that there was a clear present day and future coastal flood risk to the town and in their comments strongly requested that the council pursues the option at North Shore to replace the existing coastal defence mechanism protecting the revetment – cobble – with sand and control structures.”
Councillors at next wednesday’s meeting will be asked to approve a business case for the works.
Cllr Greg Robbins, the cabinet member for environment and transportation, said: “We know that with the projected rise in sea levels over the next 50 years, we need to be prepared. These shortlisted options are the result of the council working closely with the coastal forum over the last five years and local residents should attend.” ‌﻿​﻿‌﻿‌﻿​﻿​﻿​﻿‌﻿‍﻿‌﻿​﻿‌﻿​﻿‌﻿​﻿​﻿​