DENBIGHSHIRE AND first minister’s flood cash boost ahead of summit 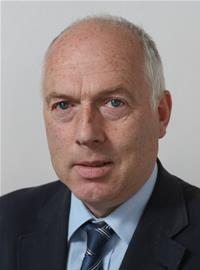 The First Minister has pledged cash for storm-blown residents ahead of a summit with council bosses on Wednesday afternoon.
The Flood Recovery Summit was called by Minister Mark Drakeford in the wake of flooding in South Wales caused by last weekend’s bad weather.
At the time, North Wales was reeling from the damage caused by Storm Ciara the week before.  North Wales council leaders said they were determined that the north should not be an afterthought for the Welsh government.
However Mr Drakeford has moved to quell fears councils and their residents will be left high and dry after the waters subside by pledging cash for homes, roads and clean-up costs.
The emergency flood relief scheme will be set up within seven days and will help flood victims whose houses have been damaged, business affected by Storms Ciara and Dennis, as well pledging cash to rebuild broken infrastructure.
He said: “In recent days, Cabinet Ministers and I have been to Wrexham, Taffs Well, Llanrwst, Carmarthen, Pontypridd and Tylorstown, meeting with people who have had their homes and livelihoods devastated by the recent storms.
“It is heart-breaking to see the absolute destruction wreaked by the storms and my message to everyone I have met is that we are doing all we can to help those most in need.
“We will make urgent financial support available to people whose homes have been flooded and, in particular, help families who do not have insurance cover.
“Tomorrow, I am bringing together key partners across Wales to decide how we can release this money quickly and how it can be used most effectively.
“We will also begin to identify the longer term support needed to address the structural damage in those properties affected.”
More than 150 homes were flooded in Conwy alone and the county council’s leader Councillor Sam Rowlands was hopeful the north of the country would get a fair shake.
He said: “It’s about making sure North Wales isn’t being left behind in terms of any additional help.
“I’m going to make that case. I welcome the fact the First Minister is looking at how Conwy council can be supported financially after the terrible storms.
“I hope that North Wales is treated fairly in terms of support.”
Denbighshire council’s leader Cllr Hugh Evans brought up the summit at his authority’s cabinet meeting on Tuesday and asked for financial support.
He added: “When that figure is clear we need to assess what funding goes where.”
The Flood Recovery Summit takes place in Cardiff at 2pm on Wednesday but all six North Wales local authority leaders will appear via video conferencing facilities at the Welsh Government’s Llandudno Junction offices, because of travel problems caused by the recent storms.
Chair of Natural Resources Wales Sir David Henshaw and heads of emergency service groups will also attend the meeting.
Also there will be union and voluntary agency representatives, along with Welsh environment minister Lesley Griffiths and her local government counterpart Julie James. ‌﻿​﻿‌﻿‌﻿​﻿​﻿​﻿‌﻿‍﻿‌﻿​﻿‌﻿​﻿‌﻿​﻿​﻿​ 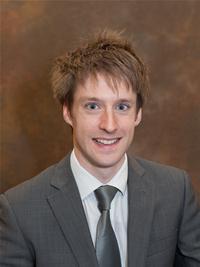