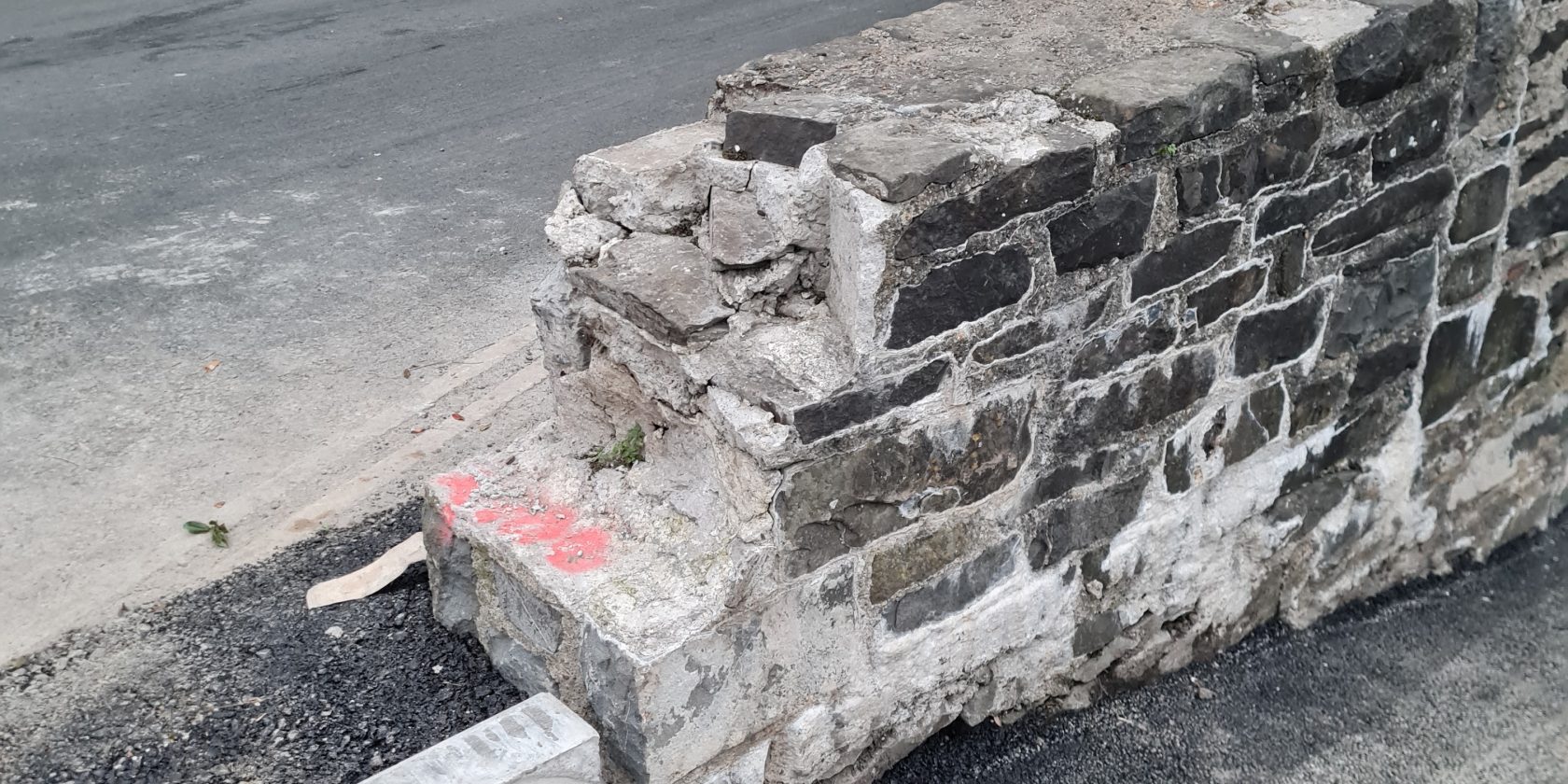 Heritage guardians Cadw are investigating after red paint was found on a historic medieval wall.

Council contractors have recently been laying a new pavement on the St Agnes Road side of the arch on Upper Gate Street in Conwy as part of improvements to Sychnant Pass Road.

The arch forms part of Conwy castle’s walls which have been officially designated as a World Heritage Site.

The initial phase of the work near the arch was completed last week and the project is set to continue until March 31 with diversions currently in place.

But Cadw have now launched a probe after a member of the public found red paint daubed on a section of the town’s network of medieval walls.

Both Conwy Council and contractors Beech Homes – who are carrying out the work on behalf of the authority – have both denied leaving the red mark on the site and it is unclear how long it has been there for.

A spokesman for Beech Homes said they conducted a survey before the work began which recorded that the red paint – thought to be temporary markings often used in construction and utility work – was already on the wall.

Now over 700 years old, the walls date back to 1283 and are Grade-One Listed structures, meaning they are considered to be of exceptional national, architectural and historical significance.

This means even the slightest alterations require special planning permission.

A spokesman for Conwy Council said: “We believe these are the temporary markings used during roadworks or by utility companies when carrying out work, and it would be expected to wash away in a short period of time in usual weather conditions.”

Mike Roberts is the Land and Planning Director at Beech Homes and said the developer had written evidence it had not painted the medieval wall.
“We don’t know anything about the paint,” he said.
“Before we started the work, we walked around (the area) with the council, and that paint was pointed out to the council in the pre-commencement survey. That was confirmed in an email to the council officer.
“So the council have confirmed in writing the paint was on the stonework before we commenced work.
“That is the purpose of the pre-commencement survey, so if there is any damage to walls or anything, it is picked up.”

He added: “It looks as if somebody has put that there as a level.”

A CADW spokesman confirmed they were looking into the matter.
“We are investigating,” he said.

Beech Developments were given permission to build 83 homes in Conwy near Sychant Pass Road over three years ago.
As a caveat to planning permission being granted, the developer was asked to make a financial contribution towards a residents’ footpath on the stretch, which Beech Developments are now laying.