Anglesey “used as a factory to generate electricity” 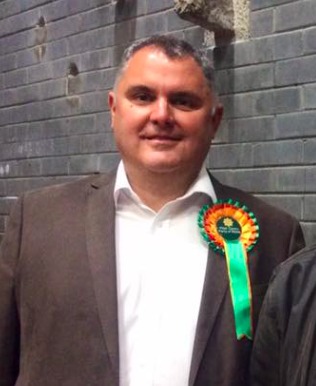 The Welsh Government should insist on solar panels being mandatory on new buildings rather than “using Anglesey as a factory to generate electricity for the rest of Wales.”
That’s the view of one councillor amid the authority’s condemnation of proposed planning guidelines which include a “presumption” that a vast swathe of central Anglesey – one of several areas across Wales –  is suitable for solar and wind farms up to 250 metres in height.
The Welsh Government is currently consulting on its National Development Framework, which will outline where new homes, jobs and services should be based over the next 20 years.
But meeting on Monday, members of Anglesey Council’s Executive agreed a “robust” response to the “deeply concerning” proposals, which were also described as “lacking vision.”
According to the Welsh Government, the presumption in favour of large on-shore wind and solar energy developments in priority areas – such as central Anglesey – forms part of a target to generate 70% of electricity from renewables by 2030, while avoiding building near national parks or areas of outstanding natural beauty.
But the authority’s deputy leader, Ieuan Williams, said that councillors had received several concerns from the public who fear the visual impact of such turbines of up to 250 metres in height.
“I think this is a robust rejection of the proposals, which are not acceptable,” said Cllr Williams.
“We, both officers and councillors, wish to make it clear that we want to protect our landscape.”
The finance portfolio holder, Cllr Robin Williams, added: “Our hands are largely tied but the vocabulary worries me terribly with this ‘presumption in favour.’
“Why doesn’t the Welsh Government insist that all new buildings, and there are plenty of those in Cardiff, are equipped with rooftop solar panels?
“There are plenty of opportunities for us to make a change but to use central Anglesey as an electricity generating plant for the rest of Wales, without worrying about the visual impact, is a disgrace in my view.”
Cllr Bob Parry added, “Tourism is vital to the island, which helps employ 4,000 people. But we would lose out massively as people come here for the tranquillity, not to see wind turbines.”
There was also objection to a decision to exclude Holyhead from its list of as a Regional Growth Areas.
According to the Welsh Government, it will work with port operators and others to ensure that Holyhead’s“strategic gateway role is maintained and enhanced”, including improving capacity to accommodate cruise ships.
But failing to include the town itself, it has been warned, could leave Holyhead in a “disadvantageous position” when applying for outside funding in future, with both Caernarfon and Bangor being given such designation.
A spokesman for the Welsh Government said: “We have a responsibility to respond to the climate emergency and plan for our national energy needs.
“The framework designates priority areas where large-scale wind and solar development will be acceptable in principle.
“Any schemes must still go through the normal planning application process.”
The public consultation on the draft proposals closes on November 15.
For more details, visit https://gov.wales/draft-national-development-framework