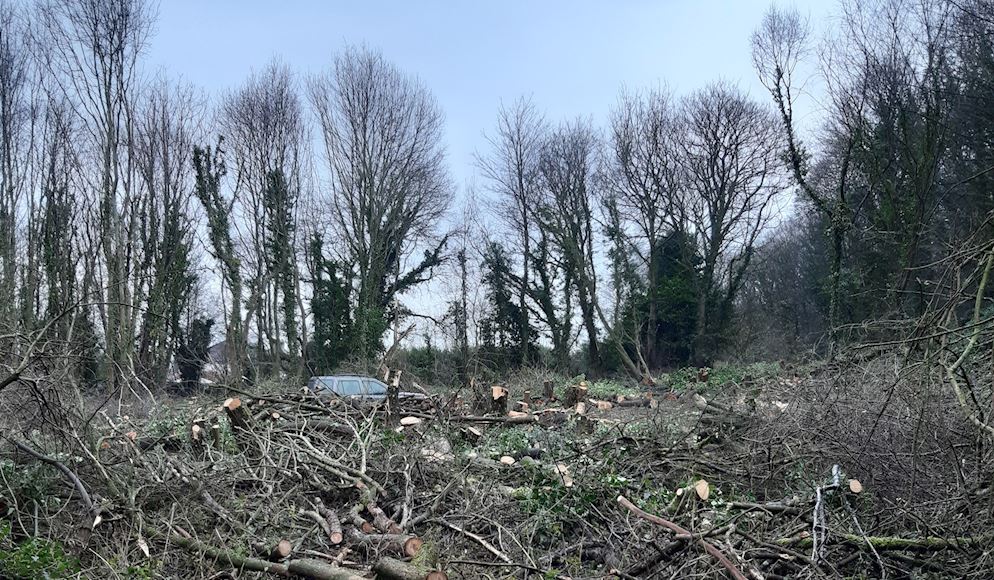 A man from Anglesey has been ordered to pay over £35,000 for the illegal felling of a woodland site in Prestatyn following an investigation by Natural Resources Wales (NRW).

On Tuesday 20 September, Peter Lee, 47 from Bodedern, Anglesey, pleaded guilty at Mold Magistrates Court to ‘Section 17(1) Felling a tree without authority in a case requiring a licence’ under the Forestry Act 1967.

In December 2021, NRW officers responded to reports that an area of woodland known locally as Tanlan Banks, near Prestatyn, had been felled without a licence.

Investigations found that Mr Lee had felled 0.5 hectares of native broadleaf woodland that buffers ancient semi natural woodland – amounting to an area that would cover over 20 tennis courts.

The site was also levelled with rubble and soil. The woodland is a Designated Site of Interest for Nature Conservation by Denbighshire County Council.

“Woodland loss is a significant threat to habitats and the species they support. Woodlands are an important store of carbon and protecting them is an important measure in combating the climate and nature emergencies.

“To fell trees a licence may be needed – this is to ensure the felling is done responsibly and areas are replanted if needed.

“We would like to thank everyone involved in helping make this a successful prosecution.”