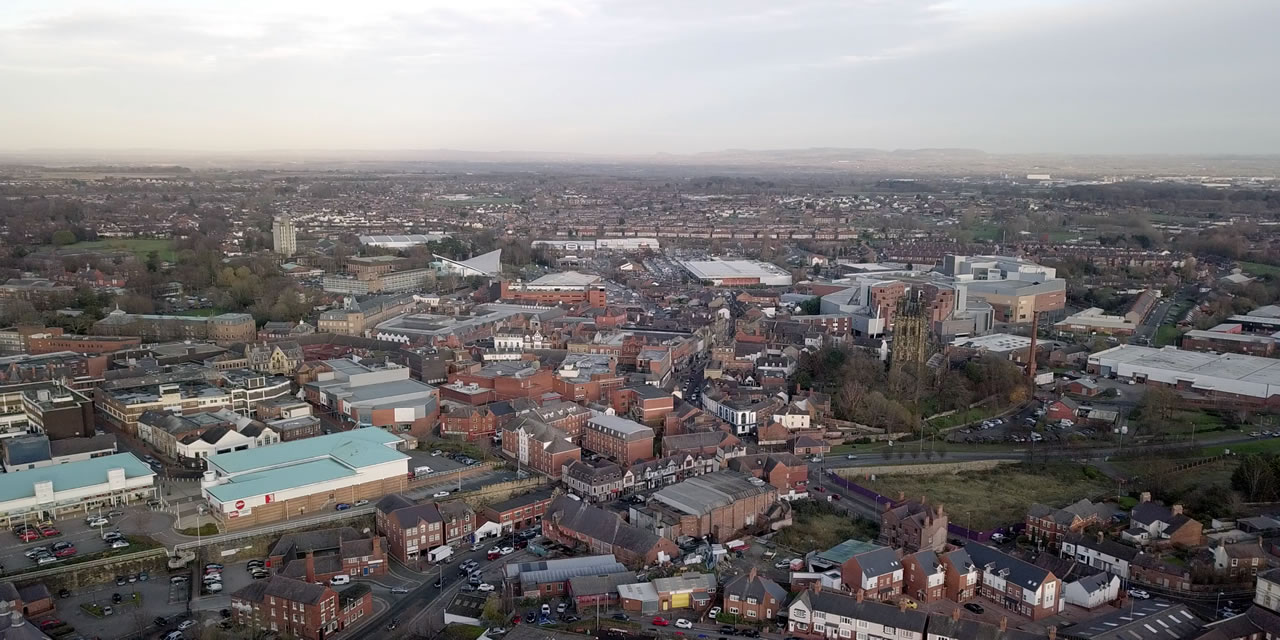 Around a fifth of shops in Wrexham town centre are currently stood empty, a new report has shown.

It follows a sharp drop in the amount of people visiting the town caused by Covid-19 restrictions.

The vacancy rate calculated by Wrexham Council officials last month stood at 20 per cent, which is above the average of 14.5 per cent reported by the British Retail Consortium for the third quarter of last year.

It’s also double the percentage recorded for Wrexham in December 2019 but the local authority said the two figures were not comparable after an audit was conducted to make data on empty units more accurate.
Meanwhile, visitor numbers for the town centre were lower for 2021 than 2019, although slightly improved on last year.

Despite the decline, a senior councillor said he was hopeful several new developments would help to reverse Wrexham’s fortunes, including the Chapter Court retail and leisure hub.

In a report, the council’s lead member for economy Terry Evans said independent businesses were also assisting in reducing vacancy rates.
He said: “It is important to note that the majority of the vacant units are located in the privately managed Eagles Meadow and Queen Street.
“The units on Queen Street are intentionally being kept vacant by the owners in preparation for the creation of Chapter Court.
“The void units in the town are reducing with independent businesses opening, taking on the smaller units available in the town.
“Prior to Covid 19, footfall had already started to decline in towns and cities in the UK which experts were claiming to be due to changes in shopping behaviours.
“In March 2020, the first lockdown was introduced and as restrictions were lifted footfall was dramatically reduced in comparison with pre-covid footfall.
“Footfall has remained at a lower level in 2021 in comparison with 2019, but is slightly better than 2020.”

The council owns 22 units in the town centre, of which only three currently stand empty.
Officials said two of those were intentionally being kept vacant due to the refurbishment of the Butcher’s Market.

The authority is also planning to redevelop the General Market in the hope of attracting new traders.
Cllr Evans said: “The Butcher’s Market and General Market are Victorian Grade II listed buildings located in a prominent location in the town centre.

“Funding through the Townscape Heritage fund has been acquired to remodel and refurbish both markets to improve the buildings in terms of appearance, condition and energy efficiency as well as the markets offer.
“The development of a “Meanwhile Space” is being sought in a prominent location in the town centre, which will also house the displaced traders whilst the refurbishment of the markets is taking place.
“This resource could also help to attract new traders requiring a more permanent town centre location for when the markets re-open in 2023.”