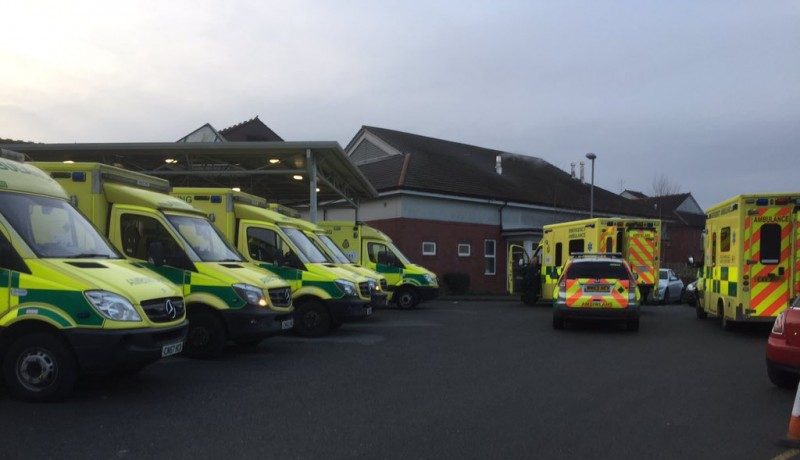 The Welsh Ambulance Service is doing all it can to play its part in reducing handover times to emergency departments, to under four hours.

Speaking at the Welsh Ambulance Services NHS Trust’s bi-monthly board meeting, Chief Executive Jason Killens gave an update on the action being taken on handover times, both by the service itself and by working with other partners such as the health boards.

He told members that good progress had been made under its new immediate release directions policy.

What that situation happens, the service makes a request to that emergency department for the vehicle to be released immediately and the trust is monitoring compliance with those directions.

Where the service has not seen in improvement is reducing the hours lost to handovers, with the service having aimed to reduce handover hours ‘lost’ by 25 per cent

Mr Killens said: “Regrettably, this is not going in the right direction.

“Last week it closed at just over six and a half thousand hours lost for the week. I think it’s our second worst week ever. This led to significant delays for some patients, so that’s gone the wrong way.”

Mr Killen said the service was working on eradicating delays of more than four hours, so that no-one is waiting more than that length of time to be handed over to an emergency department, but in the last week the service had experienced some “extreme” handover delays.

He added: “While we’ve got some progress, it’s fair to report that in some of the actions that are the responsibility of health board colleagues that we work in partnership with to deliver, we have still got progress to be made.

“In terms of the action within our control, from my report earlier colleagues will see we have seen improvement (on sickness), we have our new rosters going live.

“For those actions within our control we’ve got progress, good traction on recruitment and we’ve got high confidence now that we will see genuine growth with a hundred full-time staff deployed operationally by January next year.”

The board was told the service will do whatever it can to help health board colleagues to reduce handover times ahead of what could be a difficult winter.

Members of the public have also been urged to get their flu and Covid vaccinations to help reduce demand on the service.