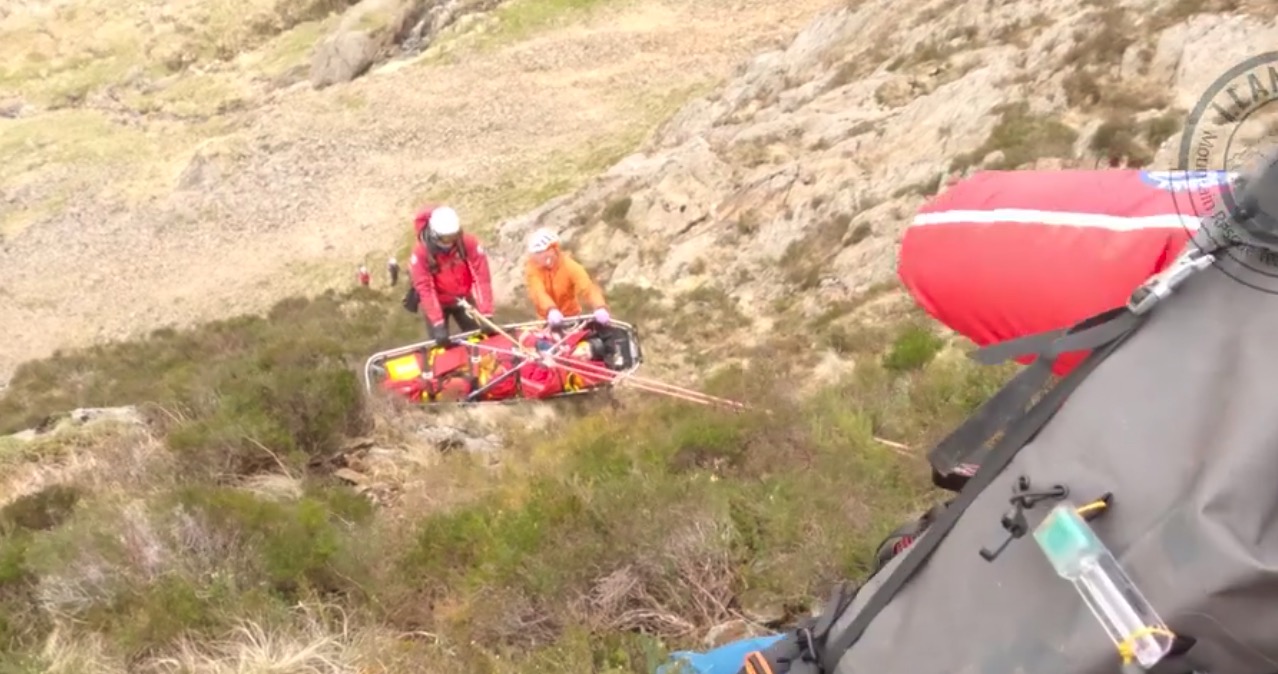 A warning has been issued to people visiting Snowdonia during the coronavirus pandemic after a helicopter rescued a fallen climber.

The Llanberis Mountain Rescue Team was called to the Cyrn Las ridge on Snowdon yesterday when the leader of a group of four people who had travelled from Surrey fell 20 metres while attempting to climb Main Wall.

He was reported as having back and leg injuries and an initial team of six were flown by the Maritime and Coastguard Agency helicopter Rescue 936 as near to the crags as the strong winds would allow.

The crew made several trips to pick up additional people and equipment and were supported by the Royal Air Force Mountain Rescue Service.

After administering first aid, the climber was loaded into a vacuum mattress and stretcher then lowered off the cliff before being carried to a landing site lower down.

The chairman of the mountain rescue team is now urging visitors to be careful as many of its volunteers are involved in critical occupations, meaning their response may be slower than usual.

Alun Allcock said: “Our advice remains unchanged – if you head into the hills of Snowdonia you should have the ability to follow your route and be self-sufficient as much as practicable. This has never been more relevant.”

“As a team made up wholly of volunteers with day jobs, some of these in critical occupations, our team members are thinking and making decisions about their own families and personal wellbeing which will undoubtedly impact on our ability to call a team together.

“We remain operational, we will do our very best to offer you assistance but that help may be slower in arriving and will have to be proportionate to the situation you’re in.

“We may use technology to locate you rather than put people on the hill. Our tactics might be to give you advice to remain at your location until sunrise or for you to ask for assistance from other passing walkers”.

“The advice is that if you are going to go out into the outdoors, you should walk, climb and cycle well within your capabilities so you are less likely to have to call on the services of a mountain rescue team.”

The Llanberis Mountain Rescue Team is a fully voluntary organisation who respond to those in need on Snowdon and the surrounding mountains.

The team is on-call 24 hours a day, 365 days a year and relies entirely on donations from members of the public to carry out this essential life-saving rescue service.

You can help with the work we do and support the team by visiting www.justgiving.com/llanberismountainrescue