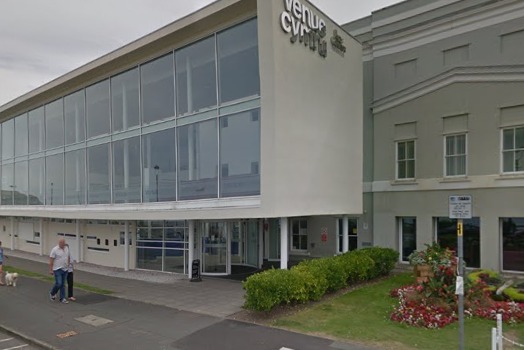 A theatre turned into a field hospital for the coronavirus pandemic has been renamed Ysbyty’r Enfys – the Rainbow Hospital – after the symbol of solidarity with health workers which has been adopted by the nation.

Venue Cymru in Llandudno has been requisitioned by Betsi Cadwaladr University Health Board to look after patients with respiratory complaints, and its new name has now been revealed.

Mr Jones said it was a symbol of hope and recalled “God’s promise to the world after the Flood”.

It is understood all the new field hospitals in Wales will be renamed but a source said “Welsh Government has been dragging its feet on announcing the names for some reason”.

The new Ysbyty’r Enfys will house 350 patients and has been offered up by Conwy county council to ease the pressures on North Wales’ three main hospitals in Bodelwyddan, Wrexham and Bangor.

Conwy council leader, councillor Sam Rowlands, said: “I’m really happy about the name change. I think the rainbow has been a real symbol over this time of hope and solidarity with health workers.

“My kids have drawn these rainbows and put them in our windows like thousands of other children.

“As the Queen mentioned in her speech last night, ‘united and resolute we will overcome’.”

In his Tweet, MP Mr Jones said: “New field hospital for Conwy county is to be called Ysbyty’r Enfys – ‘Rainbow Hospital’. An inspired choice. Reflects the rainbow signs displayed in countless windows across the country as a symbol of hope during lockdown and recalls God’s promise to the world after the Flood.”

Deeside Leisure Centre will provide 250 extra beds, which can be used by patients from Wrexham and Flintshire.

In Gwynedd, 250 beds are being set up at Bangor University’s Canolfan Brailsford sport and leisure centre.

Ysbyty Glan Clwyd in Denbighshire will also have an extra 80 beds available by the end of April.

Welsh Government, Betsi Cadwaladr University Health Board and Conwy council were waiting to confirm the names of all the new field hospitals when approached.