Man taken to hospital after suffering seizure while camping in Penmaenmawr 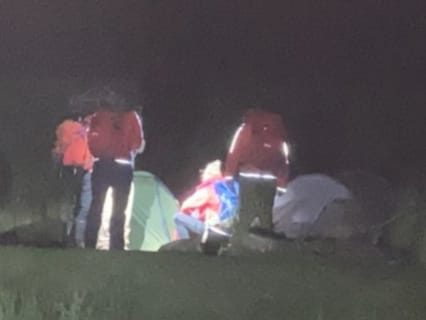 Mountain rescuers were called out on Wednesday when one of a group of “three local lads” who were camping along the coastal path suffered a seizure and his friends called for an ambulance. ‌﻿​﻿‌﻿‌﻿​﻿​﻿​﻿‌﻿‍﻿‌﻿​﻿‌﻿​﻿‌﻿​﻿​﻿​

Team members said: “Locating the casualties proved difficult as the W3W (what3words address) provided was not accurate and the casualties phones went straight to answerphone so Phonefind couldn’t be used. ‌﻿​﻿‌﻿‌﻿​﻿​﻿​﻿‌﻿‍﻿‌﻿​﻿‌﻿​﻿‌﻿​﻿​﻿​

“Now with an accurate location a team vehicle was able to drive directly to site and extract the casualty and take him to Ysbyty Gwynedd for further care.” ‌﻿​﻿‌﻿‌﻿​﻿​﻿​﻿‌﻿‍﻿‌﻿​﻿‌﻿​﻿‌﻿​﻿​﻿​