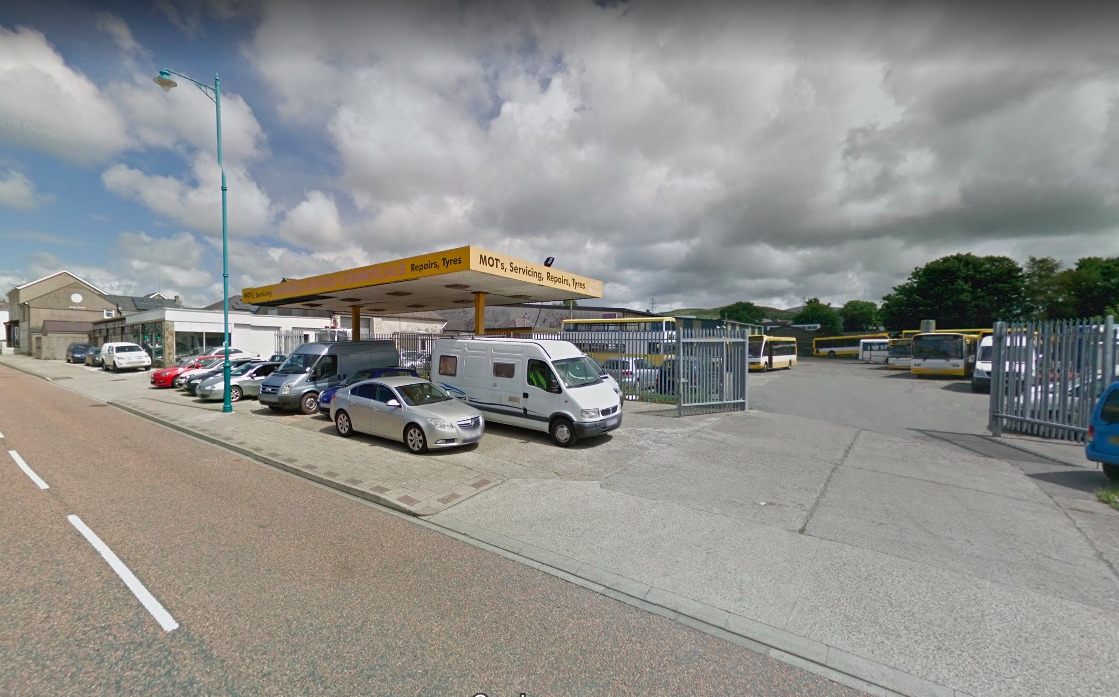 A former bus depot looks set to be demolished after plans were submitted by a housing association to raze its buildings to the ground.

The former Express Motors depot in Penygroes has lain largely empty since the company’s license was revoked in 2017, despite once holding around 80 vehicles and employing approximately 90 people.

In 2018 the owner of Express Motors, Eric Wyn Jones, and his three sons – Ian Wyn, Keith and Kevin Wyn – were jailed for sentences ranging from six years to seven and a half years each after fraudulently claiming money back from Gwynedd Council for 88,000 fake journeys using over-60s bus passes.

A fifth man, bus driver Rheinallt Williams, had already pleaded guilty to swiping cards on behalf of his employers, and was sentenced to 12 months in prison.

One card had been used 23,000 times, the jury was told, while another had been used thousands of times even after its owner had died, with 32 lost or stolen concessionary passes used to commit the fraud between June 2012 and July 2014.

Councillors sitting on Gwynedd’s Audit Committee later hit out at what they described as a “deficient” system –  since replaced –  for not picking up the fraudulent activity sooner.

But the company’s former depot now looks set to follow the fate of the company with Gwynedd Council’s planning department now set to consider a housing association’s bid to raze the buildings to the ground, with a new use for the site in mind.

The former coach depot site had been marketed, on behalf of receivers, with an asking price of £250,000 and described as suitable for future redevelopment, covering 1.42 acres.

The planning documents state: “The proposed works will see site clearance and the controlled demolition of the existing buildings and above ground tanks on the former Express Motors Garage site in Penygroes.

“The requirement is to carry out the controlled demolition of all buildings to ground level.”

If approved, developers expect the work to have been completed by August 2020.

It’s expected that Gwynedd Council’s planning department will make a decision in due course.