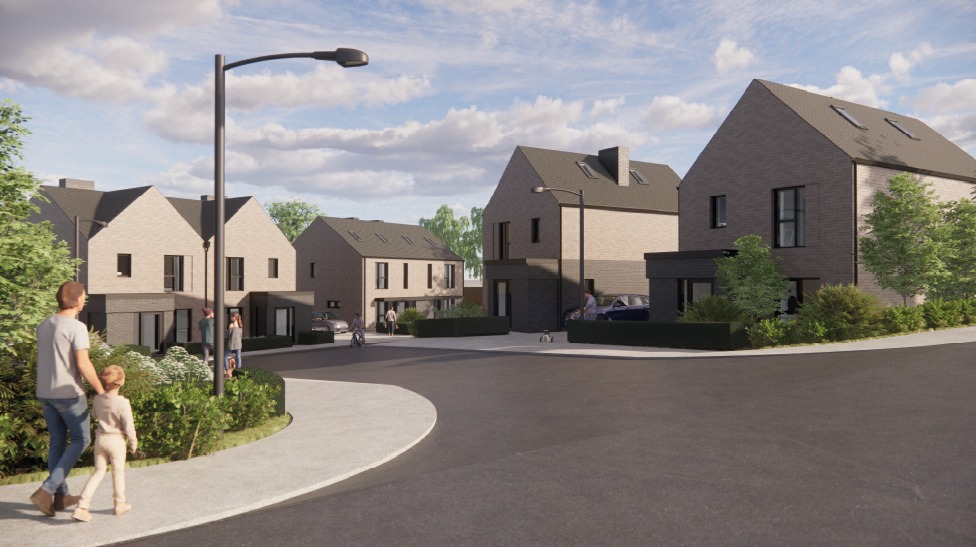 The development of ten “intermediate affordable homes” needed due to “a shortage” in Bangor has been approved on a former primary school site.

Eleven members voted in favour of the development, with only one abstention and none against.

They help those who are not eligible for social housing but who are also unable to afford to buy or rent in the open market offering lower rents or shared equity.

Parking areas, pedestrian routes, gardens, roads, landscaping, play area and drainage will also be created at the site which is within a residential area between Ffordd Caernarfon and Ffordd Penrhos.

The project was inside Bangor’s development boundary, and contained under the Gwynedd and Anglesey Development Plan.

The scheme is part of Gwynedd Council Tŷ Gwynedd programme, forming part of the council’s Housing Action Plan. A public consultation had been launched earlier this year.

Members heard some issues raised included loss of privacy and noise from the children’s play area. But the planning officer said there had been an “agreement by the agent” to develop “an acoustic fence” to prevent noise.

A debate followed, and Cllr Delyth Lloyd Griffths asked if permission to demolish the old school had been made, and if there was a recent survey of local need.

The planning officer confirmed notice of demolition was “submitted and approved” last year, the school had “already been demolished”.

“They have also submitted evidence that there is a need for intermediate affordable housing with shared equity – there is a shortage for this type of housing in Bangor,” Idwal Williams said.

Planning officer Keira Sweeny said: “Intermediate affordable housing is the type of houses that are for people unable to afford open market housing but who are also not eligible for social housing. Something half-way between social housing and being able to purchase houses on the open market.

“At the moment the definition of affordable housing hasn’t changed, people are assessed on salary and house prices, but that changes with the market.

“The cost of living and energy prices are not currently considered.”

Cllr Gruff Williams commented: “It’s shocking we don’t know what the measure is for ‘affordable’ housing.”

He also demanded specific details over the development’s play area saying there was “a requirement for children to have a safe place to play where they live.”

“Where are the details? Will they play in the woodlands?” he asked.

Idwal Williams explained the play area would be in the south of the site “highlighted in white on the plans”.

Cllr Gruff Williams replied: “But what are they proposing? A bench where people can sit down and get up to no good? Or is it swings and roundabouts?”

Idwal Williams replied: “It’s not entirely clear what the equipment will be, but it will be there.”

Cllr Gruff Williams added: “It’s not fair for us to approve something, if we don’t know what they propose. We should defer this until we get details.”

But planning officer Gareth Jones stepped in saying: “There is a part in the report that relates to open spaces.

“There is a consultation for all schemes that have more than a certain amount of houses to assess the provision, in terms of open spaces, the response has come from the joint planning policy unit.

“This confirms that the provision for a development of this site is acceptable.

“In terms of site details, it is entirely appropriate to deal with that with a condition, as the council itself is the developer in this case.”