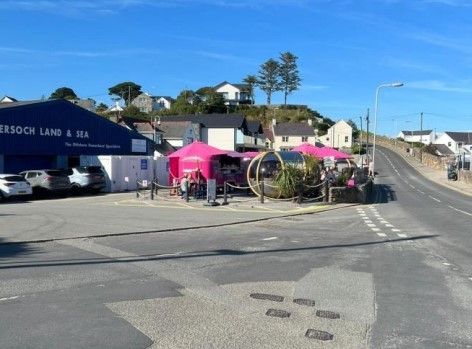 Plans for a temporary bar in Abersoch have been refused amid concerns children could be hit by tractors.
Gwynedd Council’s central licensing sub-committee turned down plans for a premises license to sell alcohol at the Abersoch Land and Sea business site.
The plans were submitted by Manchester business Zobra Ltd for food and drinks to be provided from an “airstream catering van”.
The applicant wanted to sell alcohol seven days a week, from 11am to 9.30pm, with an additional 30 minutes for customer dispersal, the meeting held on June 29 heard.

A number of objections were received, including emails from seven members of the public, concerned at public safety and potential public nuisance.
The Llanengan Community Council’s objections included the potential for anti-social behaviour.
Objections also came from Gwynedd Council’s Traffic Enforcement service and Public Protection (health and safety) department, while the Planning (enforcement) section offered an objection and observations.
Observations also came from North Wales Police, the council’s Planning Service (development control) and Public Protection (pollution control).
North Wales Police expressed concerns over the applicant’s “ability to ensure public safety and the protection of children from harm”.
A rope fence installed to surround the seating area was an “insufficient barrier to ensure sufficient separation between the dining area and the rest of the Land and Sea boat business activities,” police warned.

They said: “Tractors and boats will be a natural draw for curious children and the ropes will not prevent a child from stepping into the path of a tractor.
“Alcohol affects the ability of adults to perceive the distance and speed of vehicles, and the location of the food area is very close proximity to the busy road and boat business.”
The Development Control Unit for planning noted that planning permission had already been refused for a similar development in 2021 – on public safety concerns – over the “nature of the business and busy highway”.
Representations from the council’s Planning Enforcement unit said their officers had been “investigating a planning breach on the site”.
The licensing report read: “Two mobile catering units had required planning permission, being within the curtilage of the Abersoch Land and Sea building.
“No appeal was lodged against the decision to refuse planning permission for a café – bar on the site; therefore it is noted that the decision made on the application still stands, and is relevant to the latest development.
“It was confirmed that the unit was in the process of commencing formal enforcement steps to prevent the current unapproved use; to ensure that the mobile catering units and any associated equipment are moved completely off the land.”
The Health and Safety Unit, Public Protection also expressed concerns that there was “potential for a substantial number of people to gather under the influence of alcohol, that no consideration was included with the application in respect of traffic hazards on both sides of the site”.
They added: “No explanation has been proposed in terms of how the Land and Sea boat business would manage the safety risks, whilst alcohol is being sold for consumption on the premises”
It was recommended the committee refuse the application.
The site was “an open one, in a dangerous location for customers and others; near a busy highway and junction and on the curtilage of a busy boat business,” it concluded.
The report added: “It was not possible for the applicant to prevent risks to customers and others from traffic from cars, and tractors with trailers and boats through mitigation and control measures as the site is unsuitable and inherently unsafe as a licensed premises,” despite measures proposed by the applicant.
A Gwynedd Council spokesperson said: “At its meeting on July 29, in accordance with the recommendation of officers, the Gwynedd Council licensing sub-committee refused an application for a premises licence to sell alcohol for Land and Seafood Bar, in the area outside Land and Sea, Abersoch.
“This decision was made on the basis of concerns raised by several council officers, the police and local residents about public protection matters on the site, specifically that it was unsuitable due to public safety concerns.”
A full planning application was also received by Gwynedd Council on July 27. Abersoch Land and Sea were contacted for comment. 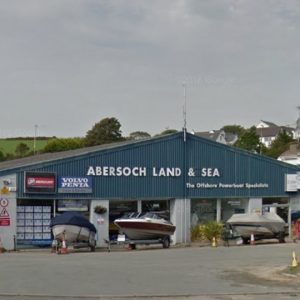 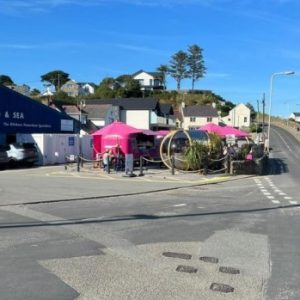