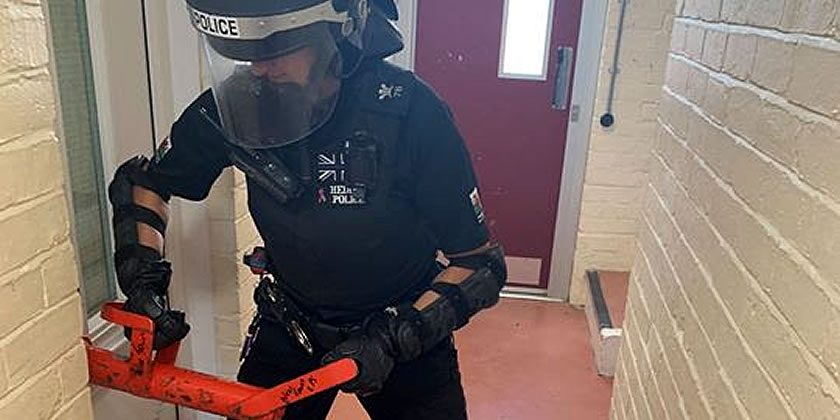 A haul of drugs, cash and weapons have been seized in a police operation to disrupt County Lines gangs in Rhyl.

During the operation, several arrests were made for offences relating to the supply of Class A controlled drugs.

Inspector Jason Davies said: “The county lines model of drug supply is especially insidious as it preys on those in our communities who are most vulnerable, including children.

“North Wales Police are committed to relentlessly pursuing those who profit from the exploitation of others.

“As this operation shows, we will work with our local and regional partners to bring these organised crime groups to justice.”