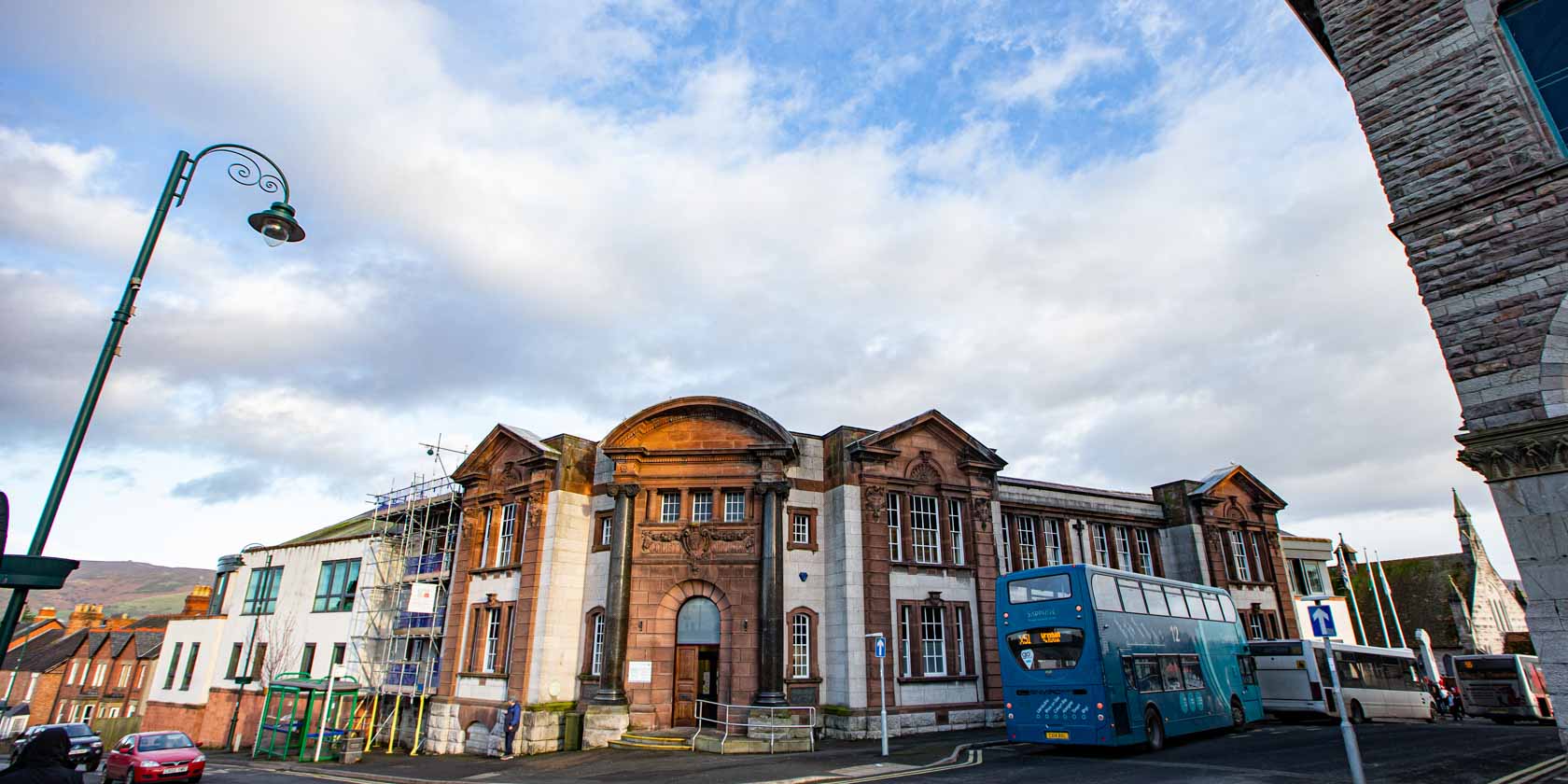 Denbighshire could set up ‘walking school buses’ to help in the fight against global warming while keeping children fit.
The council’s cabinet met this morning (Tuesday) to discuss its draft sustainable transport plan, a 20-year vision to embrace greener transport and encourage people to walk and cycle to school and work.
The plan is likely to be agreed upon by cabinet in mid-2023, but councillors provided observations on the draft plan before public engagement begins early next year.
The discussions follow the council passing a motion in 2019, declaring a climate change and ecological emergency, and Denbighshire’s 2022 corporate plan includes a commitment to the county becoming greener.
The authority has set a target of becoming a net-carbon-zero council by 2020, mirroring the Welsh Government’s Wales transport strategy and its time-scales.
Councillors heard how Denbighshire has already started replacing its petrol-powered fleet with electric vehicles, with 31 to date.
The authority has also introduced electric vehicle charging points at its offices and depots.
Also being discussed are flexi-bus services and safer active travel routes, encouraging people to travel more sustainably, including ‘walking buses’ in which groups of supervised children walk to and from school.
The walking buses suggestion was put forward by Cllr John Harland, a member of the Green Party, and the council will now look at the feasibility of introducing the idea in schools.
But Cllr Win Mullen-James had reservations.
“We are at the moment looking at problems with parking around all our schools,” she said.
“I do know there are some concerns in schools about the walking buses, the responsibility it gives to the person who is actually looking after the children, so that is something we need to think very seriously about and look into very carefully.”
But Cllr Hugh Irving said he proposed the idea two decades ago when he was a governor at Prestatyn High School and claimed it was unpopular.
“I don’t know if I want to laugh or cry,” he said.
“It must be 20 years ago when I was chairman of Prestatyn High School governors. I wanted to promote a walking bus to get groups of children walking to Prestatyn High School from Prestatyn Town Centre and other parts of the town.
“I was looked at by the governors and all those I canvassed as if I was barking mad. I was laughed out of the room. ‘What on earth is this guy talking about?’ So what you are really going to need if you want to bring forward the walking bus principle is the buy in from those who are going to supervise it because that was the immediate objection that came through at the time.
“I just hope the political climate has changed in all those years now, and maybe there is a lot more appetite for such a thing, and as someone has just said there was a lot less traffic then anyway. I think it is something that should be taken further.”
Cllr Rhys Thomas then claimed research indicated people who cycle to towns spend more than those in cars.
The draft plan will return to cabinet for a final decision next year following a public consultation. ‌﻿​﻿‌﻿‌﻿​﻿​﻿​﻿‌﻿‍﻿‌﻿​﻿‌﻿​﻿‌﻿​﻿​﻿​