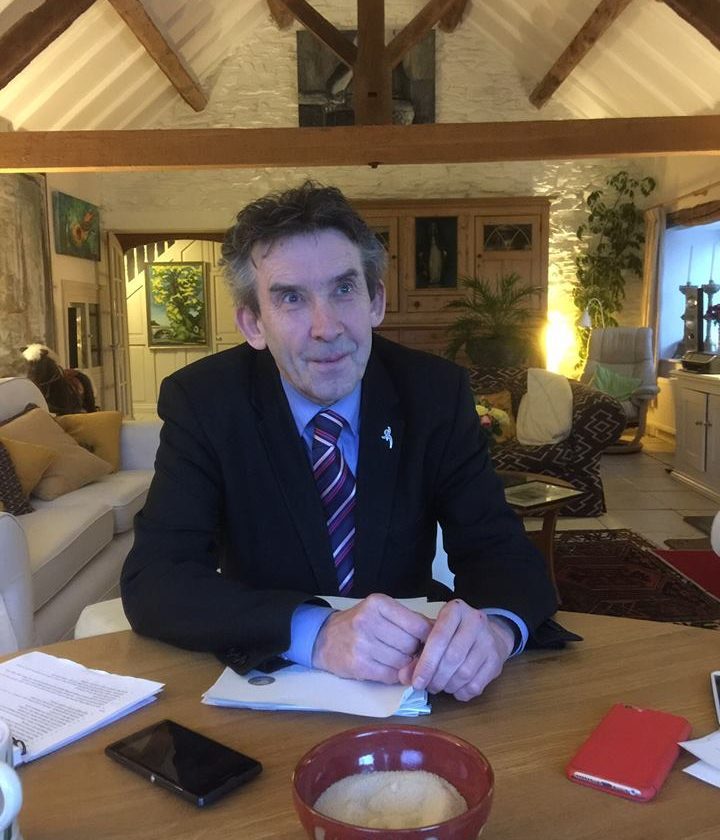 County council colleagues have paid glowing tributes to a “universally liked” and “fiercely patriotic” public servant who died at the weekend.
It was announced over the weekend that Corwen’s Denbighshire county councillor, Huw “Chick” Jones, had passed away after battling illness.
Colleagues from across the political divide paid tributes to a man called “Mr Corwen” for his devotion to his home town.
He had almost lost his life once before after contracting sepsis but typically went on to help others understand the condition.
Cllr Jones had represented Corwen for Plaid Cymru since 2008 and was woven into the fabric of local society.  He served in various positions, including manager, at his local football club Corwen FC – where he remained president until his death.
He was also a trustee of the Canolfan Ni community organisation.
As a councillor he held two senior positions between 2012-2017 – as lead member for leisure, youth, tourism and rural development and lead member for community development.
He was a former member of the Clwyd Pension Fund, director of Cadwyn Clwyd, member of the Clwydian Range and Dee Valley Area of Outstanding Natural Beauty partnership and former board member of Menter Iaith Sir Ddinbych. He also chaired two separate scrutiny committees.
Cllr Jones was also instrumental in the helping to extend the Llangollen/Corwen railway line.
Councillor Mabon ap Gwynfor, represents neighbouring Llandrillo Ward where Cllr Jones was born. He said:  “Chick was one of the nicest people I’ve ever met, and was universally liked, which is rare in politics.
“He was a fierce patriot, and this expressed itself in his support of Welsh football and in his dedication to his community of Corwen.
“He was always fighting the corner of Corwen and the area. He was a modest man, thoughtful and caring of others.
“He had an infectious smile and always had an amusing anecdote from his many years supporting Wales in football.
“Corwen has lost its champion, and the red wall of Welsh supporters has lost one of its corner-stones.” ‌﻿​﻿‌﻿‌﻿​﻿​﻿​﻿‌﻿‍﻿‌﻿​﻿‌﻿​﻿‌﻿​﻿​﻿​

Born and bred in Cynwyd he was the youngest of five children – he had two brothers and two sisters. After studying at Aberystwyth University he worked for Barclay’s bank and became both town and county councillor.
A fanatical football fan and fierce patriot, Cllr Jones followed his home town club, Wrexham, Liverpool and even travelled abroad with his beloved Wales. ‌﻿​﻿‌﻿‌﻿​﻿​﻿​﻿‌﻿‍﻿‌﻿​﻿‌﻿​﻿‌﻿​﻿​﻿​

Denbighshire’s leader Cllr Hugh Evans said: “Huw, or Huw Chick as he was affectionately known was a loyal and trusted councillor and was great at representing the views of the people of Corwen.
“He had a wide variety of interests, which led to him being given Cabinet portfolios.
“On top of these duties, he continued to serve his residents to the best of his ability and was known by some as Mr Corwen.  I think that sums up Huw’s contribution to Corwen perfectly.
“Denbighshire has lost a true gentleman but we will always remember Huw with warmth and affection.”
Cllr Bobby Feeley took over his leisure portfolio at the council. She called Cllr Jones “dedicated and reliable” and a “devoted  local member for Corwen where he was well known and loved”. ‌﻿​﻿‌﻿‌﻿​﻿​﻿​﻿‌﻿‍﻿‌﻿​﻿‌﻿​﻿‌﻿​﻿​﻿​

Conservative member for Llanarmon-yn-Iâl / Llandegla, Cllr Martyn Holland called him “a true gentleman and one of the world’s nice guys”. He added he always put the needs of his constituents above party politics. ‌﻿​﻿‌﻿‌﻿​﻿​﻿​﻿‌﻿‍﻿‌﻿​﻿‌﻿​﻿‌﻿​﻿​﻿​

Cllr Anne Davies said: “I found him a most genuine, honest and compassionate person. He was the most popular Councillor in Denbighshire, his smile was infectious.” ‌﻿​﻿‌﻿‌﻿​﻿​﻿​﻿‌﻿‍﻿‌﻿​﻿‌﻿​﻿‌﻿​﻿​﻿​ 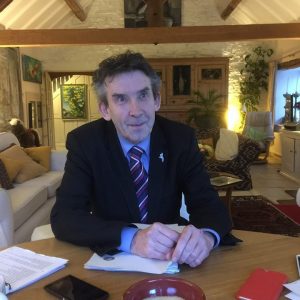