Police accused of offloading their responsibilities onto councils 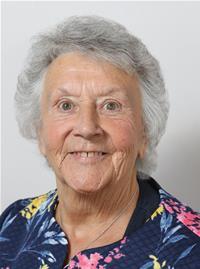 Police have been accused of passing on to councils too many of their responsibilities.
The leader of Denbighshire’s Labour group said that she felt the burden of some police work was being left to local authorities and ordinary citizens.
Cllr Joan Butterfield said she believed it was not the responsibility of local authorities to be spending time and resources on efforts to impress upon residents the need to protect themselves from crime.
She told a meeting to scrutinise council partnerships with outside bodies that she was “surprised that we as an authority are taking up so many initiatives”, adding: “I bet (Police and Crime Commissioner Arfon Jones) is pleased with  the work that is being done in Denbighshire in the partnerships, and I bet the police are pleased because we seem to be taking up most of the policing issues that are very important to our residents.
“All the initiatives that we have taken as a council seem to be leading the police not the police leading us. That surprised me really and concerns me.”
“Roles are changing here. It seems to me that we are relying mainly on residents, we’re relying on residents to change the perception of burglary. I’d like to know what the police are putting in place to deal with these problems. “They seem to be far to reliant on the residents and the local authority.”
But the initiatives were defended by her fellow county councillor, Mark Young, the cabinet member responsible for planning, public protection and safer communities.
Cllr Young, said: “When we have our regional meeting there are over 60 organisations there, so it is a partnership. I think the partnership works, I think we all have a responsibility. When you have something like county lines in touches on so many different services that you need it to be a partnership. “And it can’t be just the police.”
In response to Cllr Butterfield’s comments, Inspector James Keene of North Wales Police, said: “Partnership working  is a vital and effective tool in  tackling crime, anti-social behaviour and improving community safety for residents and businesses and has been used by police forces, councils and other agencies around the country to great effect for a number of years.
“By its very nature partnership working puts the onus  in dealing with these issues on all members of the partnership, not just upon one partner or agency. “Our work with Denbighshire council  and local residents yields positive results and we are grateful for the role they play with us and other partners to help make the area safe.” 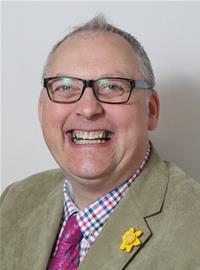