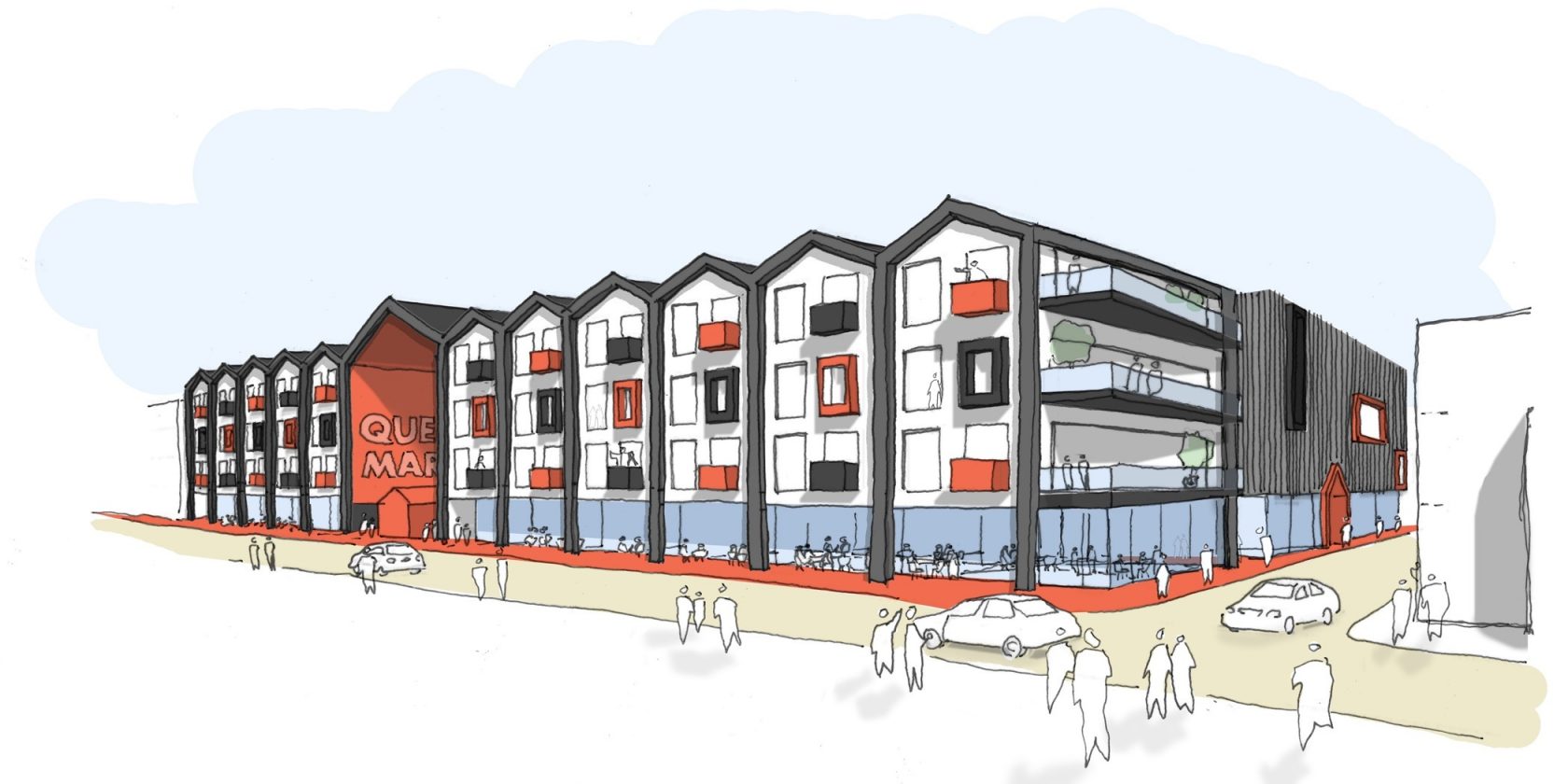 Rhyl’s “forgotten beach” could be the key to reviving the Victorian town back to its ‘bucket and spade heyday’.
Setting up a market place on the site of the Queen’s Market Building and former Savoy Hotel, extending the high street and more high quality retail, food outlets and offices are also crucial, a report says.
The ambitious plans to revive tourism and bring the seaside resort back to its former glory are set to debated by Denbighshire Council’s cabinet next Tuesday, September 24.
“The wide tarmac of the parade and a piecemeal string of leisure attractions along the waterfront bisect the town centre and its beach”, the report to councillors said.
“Broadly speaking, the town is divided into less affluent areas to the west and those with higher incomes to the east. Many locals with money to spend tend to avoid the town centre and go elsewhere.”
It added: “Once a graceful Victorian seaside town and thriving British seaside resort, Rhyl’s fall from its ‘bucket and spade’ heyday has been dramatic.
“Declining tourism over the past two decades has hit Rhyl hard. However, the town now faces an exciting turning point in its development as it seeks to shake off negative perceptions and redefine itself as a great seaside town once again.”
Plans to redevelop the town will be outlined to councillors and include setting up a market place on the site of the Queen’s Market Building and former Savoy Hotel.
The plans would include a contemporary market at the centre of the site, along with a mix of high quality retail and food outlets, offices and an open courtyard.
It would also serve as a route to join up the town centre to the beach front.
As well as this the council wants to encourage more people down to the beach by extending the high street to make it easier for people to walk there.
An as yet unconfirmed landmark structure could be built on the beach to attract more people and the pedestrian bridge that links the town centre to the beach could also be taken down to improve views.
The plans will be discussed by cabinet before more detailed proposals are drawn up and the public and businesses are consulted on the proposals.
The report added:  “By providing opportunities for the local community to shape Rhyl’s town centre, it is hoped that a sense of pride and purpose will emerge among the community, contributing towards making the town centre more welcoming and, in turn, attracting investment, tourists and shoppers.”