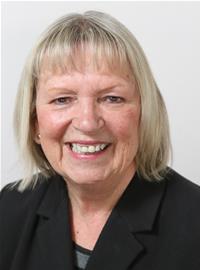 Top councillors have been accused of “putting PR and image before the needs of people” over a decision to move homeless residents out of seaside hotels.
In February Denbighshire Council admitted moving people in emergency accommodation out of Rhyl’s Westminster Hotel so they wouldn’t put tourists off.
When asked by the Local Democracy Service who had taken the original decision the authority said that it was made by a senior official.
But Cllr Glenn Swingler who has worked with homeless residents who had been moved out of the hotel has asked why weren’t councillors involved in the decision?
The local authority said the decision was taken to stop there being an over-concentration of people in emergency accommodation in the area.
A spokesman for Denbighshire County Council said: “Graham Boase, corporate director with lead responsibility for homelessness, in consultation with relevant senior officials of the council, including the chief executive, reviewed how the council was using certain hotels and B&B accommodation in Rhyl, in order to avoid too many homeless families or individuals being temporarily housed in any one establishment.
“Having an over concentration of homeless families or individuals in any one establishment should be avoided if possible as it is not beneficial for the families or individual we are supporting in the temporary emergency accommodation given the specific circumstances of some of the families or individuals concerned. It could also result in a change of use in planning terms for that establishment.
“As a result of the review, led by the corporate director, it was decided to relocate some families and individuals in temporary emergency accommodation from one premises in particular to other suitable accommodation, as the number housed in that one premises was considered to be an over concentration.
“This was carried out in a measured, well managed way. We reassured all involved that they would not be moved until suitable accommodation was found, preferably in their own community wherever possible and if appropriate ensure we have the balance right to ensure such accommodation is used appropriately and as a short-term measure while households are supported to find permanent housing.”
Cllr Swingler slammed the comments saying they showed there was no political control in the council.
He said: “By blaming one of the council’s corporate directors it shows that either the cabinet member is unwilling to take responsibility for what happened or that the cabinet has no control over what decisions are made in the council.
“Personally, I think it’s unfair to lay the blame at the door of under-resourced and hard working staff. Neither is it fair to say that the decision to turf people out of the Westminster was because of their concern for an over concentration of homeless people in one place.
“It was simply to do with the fact that a new hotel was opening in the town and, by their own admission, they didn’t want homeless people to tarnish the image of the town. They were putting PR and image before the needs of people. There’s no way they can dress this up, and it makes more sense to fess up, learn from it, and move on.”
But Cllr Bobby Feeley, the cabinet member for well-being and independence, said: “The release from the corporate team is not about any blame, it is more a positive focus on what excellent progress the homelessness team are making to try and alleviate homelessness altogether, and stating  why the decision was taken. I’m not quite sure how Cllr Swingler has interpreted it to be about blaming any individual.
“Furthermore, I want to make it quite clear, the decision to reduce the numbers in the Westminster, was purely an operational corporate decision  I did not make the decision, nor was I informed of it until after the event.”