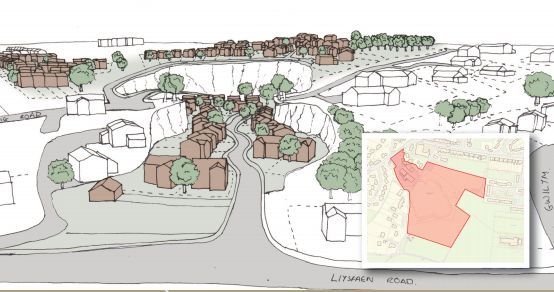 A four year battle to develop a quarry site into affordable housing for a social landlord has ended after a High Court battle.
The Plas Gwilym Quarry site in Old Colwyn had been earmarked by Crewe-based Renew Land Developments to build up to 100 affordable homes for social housing provider Cartrefi Conwy.
The land in question is jointly owned by Cartrefi Conwy and a private individual.
After a Welsh Government planning inquiry and two court battles the affordable housing plans finally ended last week, with the Court of Appeal backing the Planning Inspectorate’s decision to refuse the development.
Conwy council’s planning committee originally rejected the proposal, saying public open space would be lost because of the plans.
The developer argued the plans contained provision for open space but as the landowner could fence it off at any time it wasn’t really public.
Andrew Rogers of Renew’s land acquisition department said the council had “won”. He added: “The situation after a long drawn out process – the decision is, it stands. The public open space element of the site we were questioning has been ruled to be public open space.
“Our reasoning was it was privately owned and Cartrefi Conwy could fence it off and stop it being publicly accessible. ”
He said the company would be going back “for something” with the land but the proposal as it was, was finished.
Mr Rogers refused to rule the site out from being used as a quarry again. He said: “Whether there’s a continued business use for the site is up for discussion.”
The application was originally lodged with Conwy council in December 2015.
The council’s decision to reject the scheme was upheld by a Welsh Government planning inspector in August 2018.
However, in March last year a High Court Judge ruled the Welsh Planning Inspectorate had got it wrong – until last week’s appeal hearing.
Conwy council said it was “an appeal in relation to the Inspector’s decision”.
A spokesman for Cartrefi Conwy said:  “The hearing at the Court of Appeal was a matter between the Welsh Government’s planning inspectorate and Renew Land.
“Cartrefi Conwy was named as an interested party at the hearing because  we own a parcel of land that formed part of the original planning application.
“Following the appeal decision we will be considering the implications of the ruling in relation to the land which we own.
“In the meantime we will continue to seek opportunities to support the Welsh Government in the delivery of much needed affordable housing in North Wales.” ‌﻿​﻿‌﻿‌﻿​﻿​﻿​﻿‌﻿‍﻿‌﻿​﻿‌﻿​﻿‌﻿​﻿​﻿​ 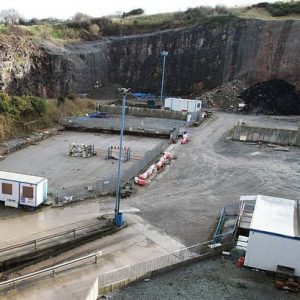 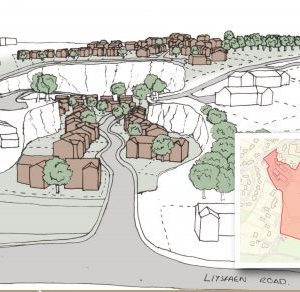