An Abergele pub will get to keep its licence but will have its terms changed.
Today’s hearing of Conwy Council’s licensing sub-committee looked into the licence of Y Gwindy pub in the town following noise complaints.
Originally, officers from the council had asked that the licence be suspended or terminated but, following discussions with the licence holder, it was agreed to vary its terms.
In August, a noise abatement order was served on the premises following complaints from neighbouring properties.
When council staff asked the licence holder Gizzi Estates Ltd and the designated premises supervisor Kelly Williams to discuss the issues, they said they were ignored.
This included missing appointments at the pub and rearranged visits at council offices.
However, landlord Nigel Gizzi told the committee he had not been made  aware of communication from the council.
He added that, since the issues arose, he has removed the designated premises supervisor and the pub is shut while a replacement is sought.
Huw Robat Williams, principal environmental health officer at Conwy Council, said he has had discussions with Mr Gizzi and agreed that a variation be added to the licence that all doors and windows be shut when recorded music was being played.
Other conditions imposed by the committee included the need for there to be working CCTV on the pemises, that Kelly Williams be removed as the premises supervisor, and that an incident log be kept at the pub.
Cllr Philip Evans, chair of the sub-committee, said: “It is clear from what we have seen that there has been mismanagement of the premises.
“It is incumbent on you as the licence holder to ensure that all conditions are followed and adhered to. If there are further breaches it could result in the licence being withdrawn.” ‌﻿​﻿‌﻿‌﻿​﻿​﻿​﻿‌﻿‍﻿‌﻿​﻿‌﻿​﻿‌﻿​﻿​﻿​ 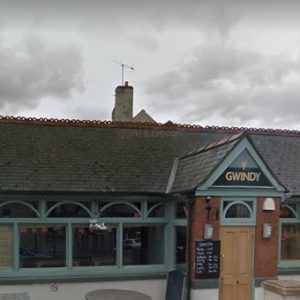