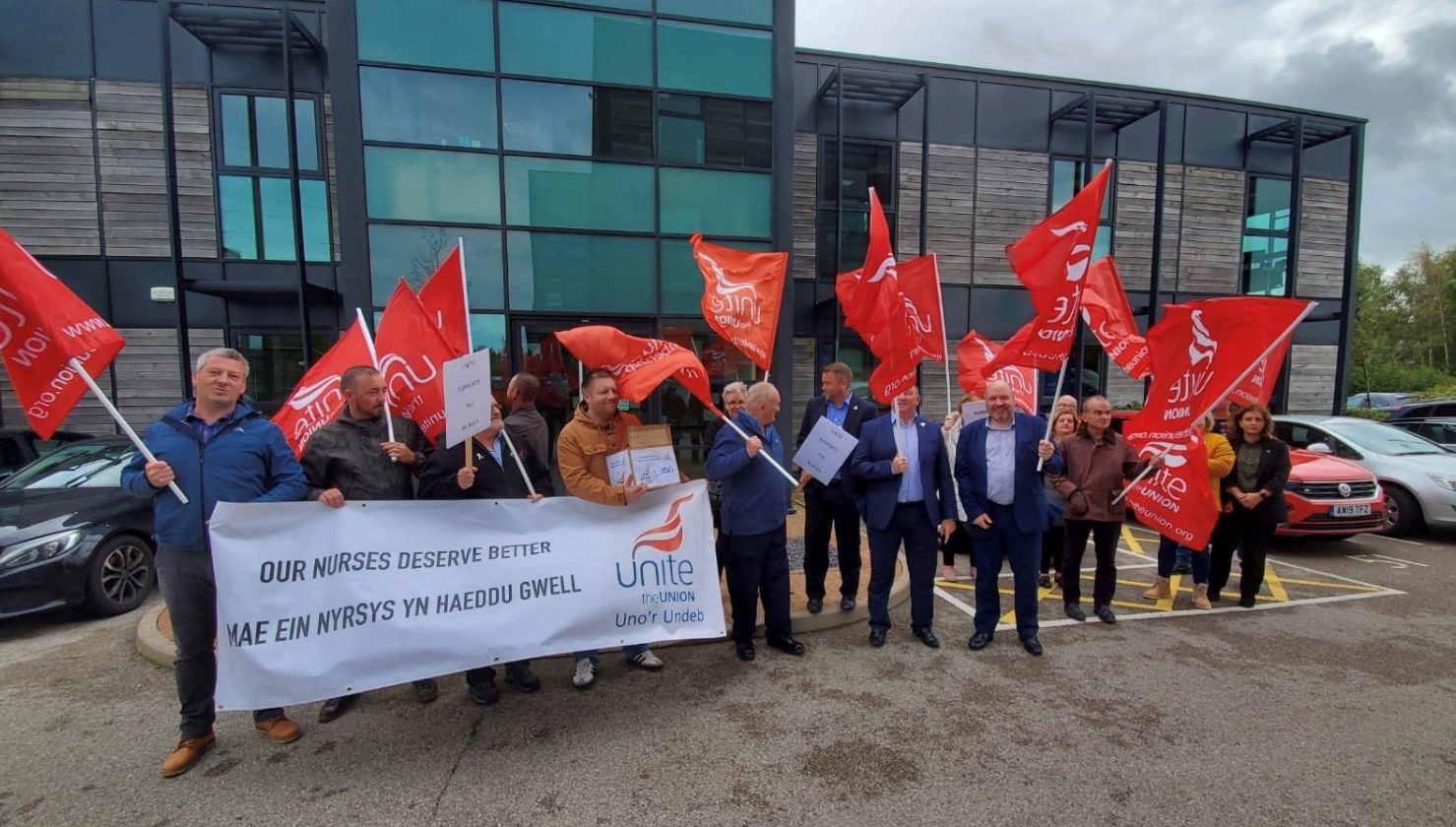 A PETITION signed by more than 3,500 people opposed to controversial changes to nurse rotas in North Wales has been handed to the region’s health bosses.
Proposals by Betsi Cadwaladr University Health Board (BCUHB) to make staff take an additional half-hour break each shift without pay have been met with anger since they were announced in August.
It comes as opponents have said it would result in nurses and other health workers being forced to work an extra unpaid shift each month.
Members of the Unite union have been campaigning against the plans and recently staged a protest outside a meeting of health board officials in Llandudno Junction.
They have now handed over a petition to senior managers, which includes signatures gathered from staff at the region’s main hospitals, to show the strength of feeling over the changes.
Unite Wales regional secretary Peter Hughes said: “Unite has seen an enormous groundswell of public opinion opposing the health board’s draconian changes to its hard working employees rosters.
“This support is clearly reflected in the fact that our petition opposing the changes has now attracted over 3,500 signatures.
“If Betsi Cadwaladr want to retain the support of both its employees and the general public then it needs to change course and shelve its proposals.
“Failure to do so will see a further erosion of confidence in BCUHB, which is in the interests of no-one.”
Plaid Cymru AM Llyr Gruffydd has previously called for the Welsh Government to step in and scrap the proposals.
But the health board has defended its plans, which it says are designed to make sure staff can take their breaks.
It also said it would also help to standardise shift patterns, break times and handover periods, as well as reducing the board’s reliance on agency staff.
In response to the petition, Trevor Hubbard, the health board’s deputy executive director of nursing, said: “We have been working closely with our staff to ensure they have an opportunity to raise any concerns about changes in shift patterns.
“We will ensure all feedback is included and forms part of the decision of our consultation process.” ‌﻿​﻿‌﻿‌﻿​﻿​﻿​﻿‌﻿‍﻿‌﻿​﻿‌﻿​﻿‌﻿​﻿​﻿​