Controversial plans for 15 apartments in Colwyn Bay to be discussed 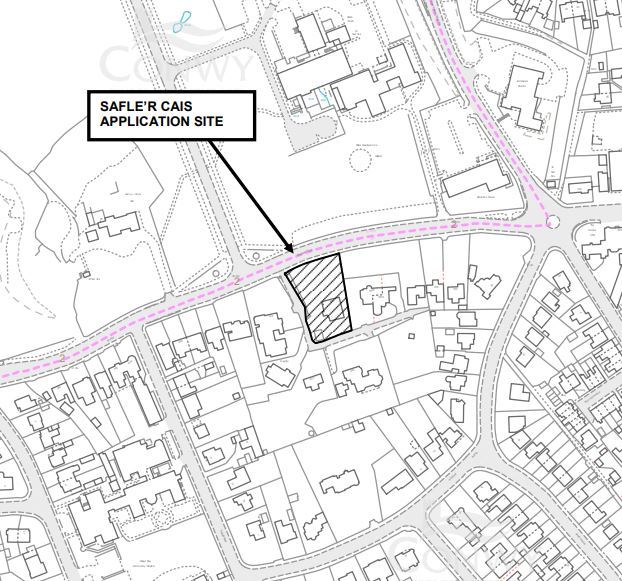 Conwy’s planning committee will consider a controversial application this week for 15 apartments in Colwyn Bay.

Mr A. Snook has applied to demolish a Victorian villa set in an elevated position to the south of Abergele Road.
The planning committee will discuss the application at a hybrid meeting at Bodlondeb on Wednesday, following planning officers recommending the application be approved.

But Colwyn Bay Town Council has concerns about the plans, citing overdevelopment and traffic as their reasons for their objection.
Conwy County Council also received nineteen letters from unhappy residents during the consultation process.
Residents complained the proposed building would overdevelop the area and overlook existing properties, causing a loss of privacy.
Other letters stated the plans could create traffic problems in the area.

There were also concerns about available parking.

Whilst a traffic survey was completed, some residents argued this was inaccurate as it was carried out at the height of the pandemic.

Other residents said the proposed building was out of character with the area and argued it would affect their mental health.
The proposed housing development consists of a split-level building, which appears as two storeys from the front (north) and single storey from the rear (south).

The proposed building will consist of 13 one-bedroom apartments and two two-bedroom apartments.
The plans include new access proposed along the western boundary, leading to a private access road, which in turn will lead to Abergele Road to the north.

A parking area is also planned to the front/north of the proposed building, which contains 15 parking spaces, including two disabled spaces and storage for five mobility scooters and 11 bikes.
If the application is granted, an external bin store will be located at the north-western corner of the development adjacent to the proposed parking area.
Plans also include a new soakaway to dispose of surface water.