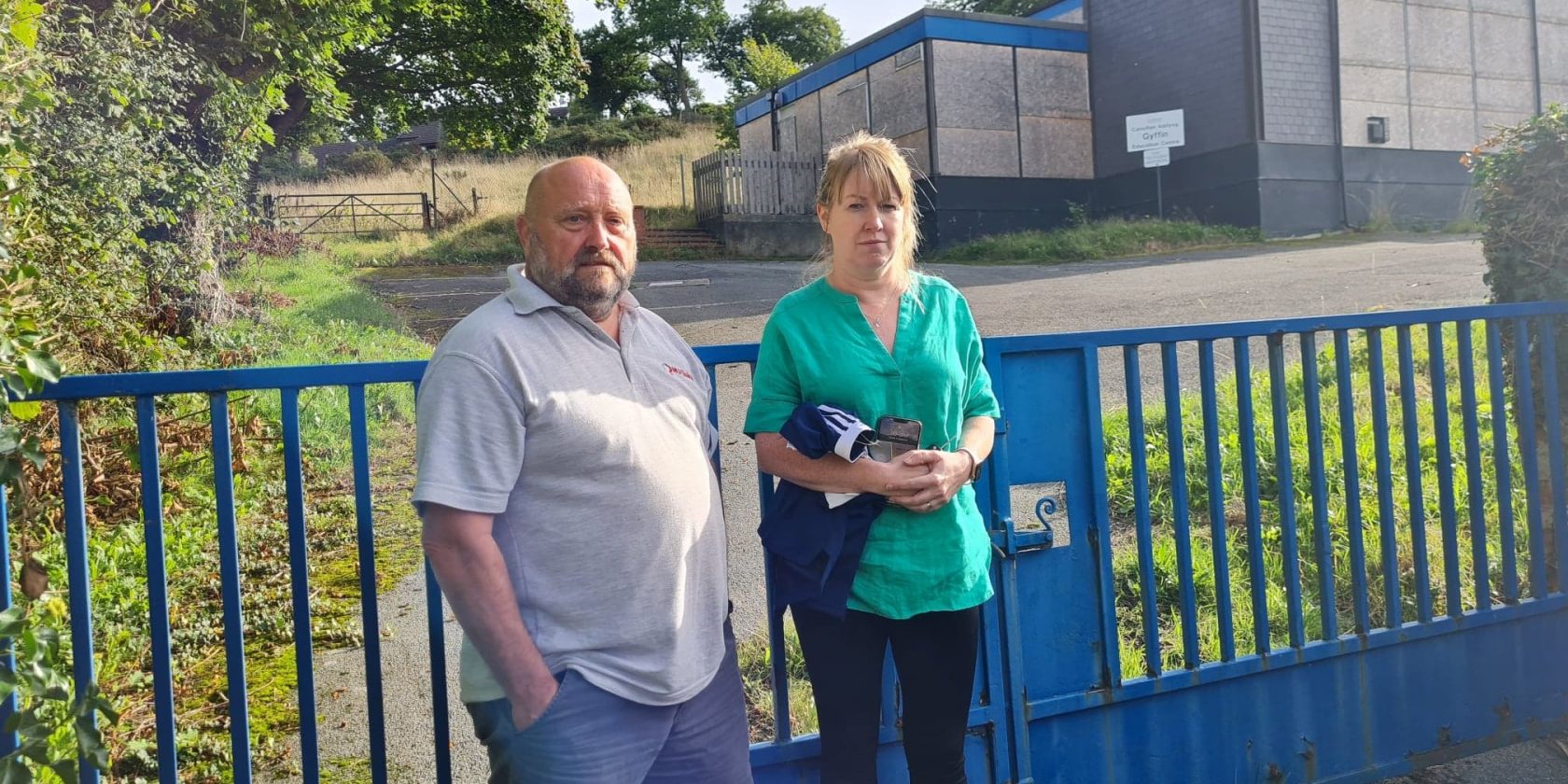 Concerned residents are campaigning against plans for a dance and performing arts space at a former Conwy school.

Gyffin Education Centre could become a dance, drama, and performing arts space if a planning application is given the green light by Conwy County Council.

Applicant Ben Williams has applied for a change of use for the former referral unit, which has been closed for a number of years.

Currently, the boarded-up building has planning permission to operate for the purposes of education but not as a business.

But residents living on Maes y Lan have written to the local authority in opposition.

They claim the plans could cause traffic problems on Maes y Llan, fear for the safety of children playing on the street, and also worry about possible noise.

Residents Gerwyn and Louise Hughes live on the street and said they had serious concerns, which have been detailed in a letter to the council.

It states: “My primary concern would be the impact of additional traffic on the estate, with particular concern in the area of the cul-de-sac leading to the entrance of the site.

“In view of the potentially severe consequences of a traffic incident, I would consider it a reasonable request for a full and comprehensive risk assessment to be undertaken prior to any formal decision being made.”

Another resident, William Barry Owen, echoed their concerns and also wrote to the council.

He said: “It would impact heavily on our privacy if the change of use would be granted as we live directly backing onto the property’s entrance and windows.

“With the change of use from an educational facility to a leisure facility for a profit-driven business, it would increase the volume of both footfall and vehicle numbers wanting to use the building.”

Mr and Mrs R.T Roberts added:  “Maes y Llan is a small residential estate with residents of all ages residing there.

“Whilst the school has stood there for a number of years, never has there been a noise nuisance and never has it affected the residents.”

He said: “There will be an increase in traffic flowing in our residential area where children play out.

“The narrow entrance and blind spot (of Maes y Llan) leading on to the school site at the very top of Maesy y Llan is not conducive to a lot of vehicle activity. Again, utmost care needs to be taken or something done to help reduce potential collisions.”

Attempts have been made to contact applicant Mr Williams for comment, but no response was received at the time of writing.

The application will be decided at a later date.