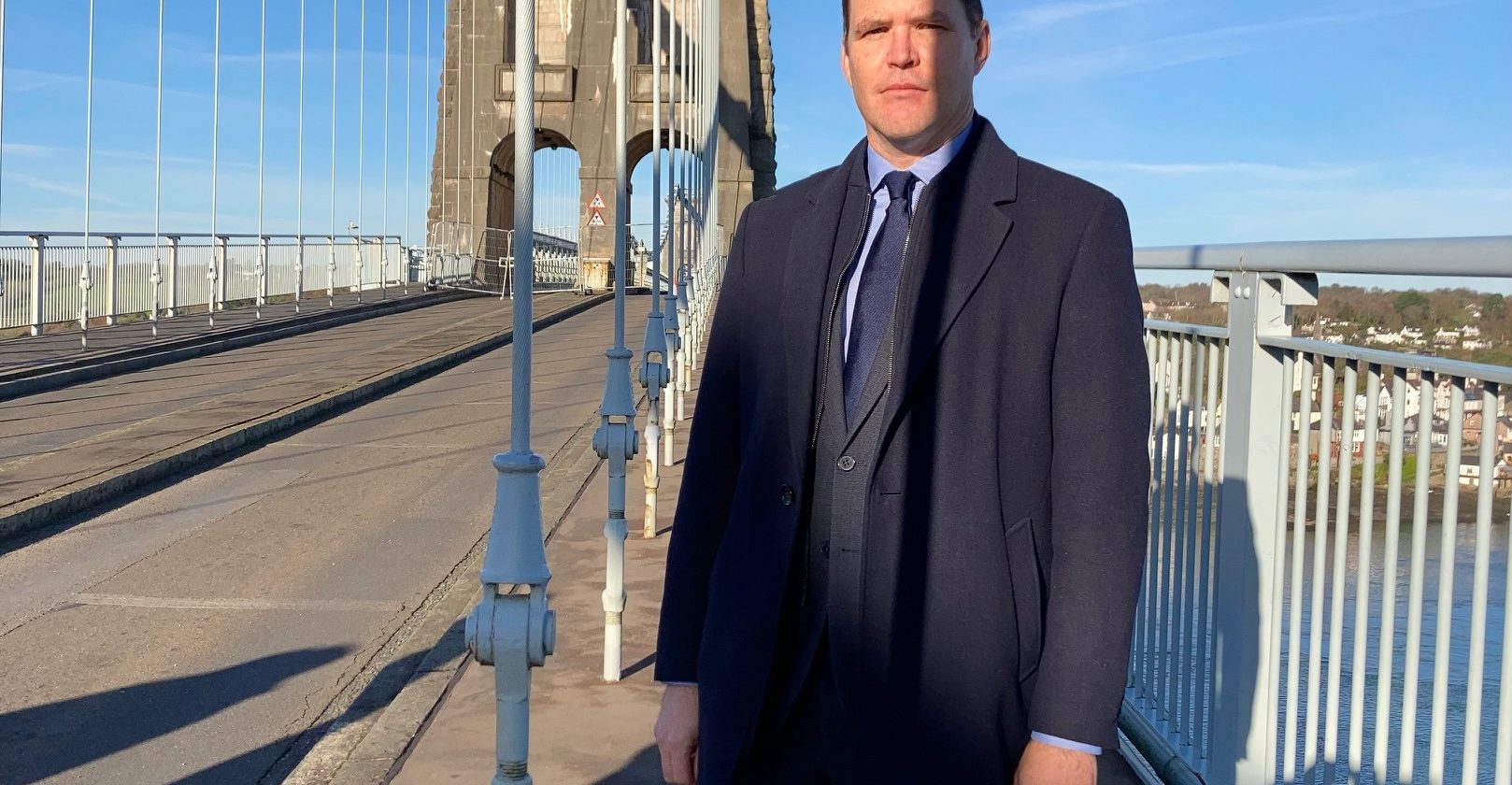 A deputy Welsh Government minister hopes to ease the troubled minds of those caught up in the traffic and trade issues caused by the recent closure of the Menai Suspension Bridge. ‌﻿​﻿‌﻿‌﻿​﻿​﻿​﻿‌﻿‍﻿‌﻿​﻿‌﻿​﻿‌﻿​﻿​﻿​

He also hoped to reassure the public some of the world’s top engineers and  bridge specialists  were “extremely busy” working behind the scenes to solve the “difficult and unique” problems of repairing an almost 200 year old structure. ‌﻿​﻿‌﻿‌﻿​﻿​﻿​﻿‌﻿‍﻿‌﻿​﻿‌﻿​﻿‌﻿​﻿​﻿​

Thomas Telford’s Menai Suspension was started in 1818 and opened in 1826 and is only one a handful of its type.
On October 21, the bridge closed to all traffic suddenly after an inspection of the bridge hangers.
It followed the advice of contractors UK Highways A55 Ltd and its structural experts.
The majority of the hangers are from the original build and some were replaced during work carried out about 40 years ago,
Following the advice from UK Highways A55 Ltd and structural experts it was decided to close the bridge to all traffic immediately.
“Work on the bridge is very specialised and it regularly undergoes an ongoing regime of inspection.” The Deputy Minister said.
“It just so happened that during that one, the decision to close had to made  following concerns over the integrity of some of bridge’s metal hangers.” The Deputy Minister said.
“Should the hangers have failed, the outcome could have been absolutely catastrophic.
“If oneof them went they could have all gone, we had no choice but to close the bridge.
“We are dealing with a structure that is almost 200 years old, and that has created some unprecedented challenges.
“I know local people are really fed up of the situation,  I get that, it is really frustrating, it has been a real pain.
“If people don’t see anything happening on the bridge, they assume nothing is being done.
“I want to reassure people, there is a huge amount of work going on in the back ground with the contractors UK Highways A55, Welsh Government engineers.
“We have some of the world’s top industry experts and bridge specialists all working together.”
He said that workmen will be visible carrying out some of the repairs  to the historic bridge next week and soon a type of safety net would be put in place.
“The net won’t look nice, but it is all part of the initial work to get the bridge opened,” the Deputy Minister said.
“We aim to get it opened to 7.5 tonne traffic by January, but we can’t say when it will fully open after that.
“We just don’t know yet how the work will go.”
“We very much hope the latest package of support measures we have put together will go some way to ease some of the problems people have faced.”
From December 1, free parking will be available at car parks in Menai Bridge town and at the two park and share sites throughout December and January.
It is hoped that will help  local businesses dependent on Christmas trade and to reduce the numbers of vehicles on the only other crossing the A55 Britannia Bridge.
It aims to ease commuting times for those travel to and from Anglesey and the mainland.
During a meeting with the press on the bridge, Mr Waters also meet with representatives from Gwynedd and Anglesey councils.
Deputy Leader of Anglesey Council Councillor was at the bridge with Councillor Dafydd Rhys Thomas, who has responsibility for highways.
Cllr Carwyn Jones said: “We very much welcome the visit by the Deputy Minister for the support he has unveiled today.
“We hope the support he has offered, including the free parking and park and ride scheme at St Tysilio and Gaerwen, will help local people and traders in the short term.
“But the big issue, and we will keep pressing for this, is that the bridge reopens as soon as possible.”
A spokesperson for the Welsh Government engineers said “We do aim to get this work completed as quickly as is possible.
“Something positive that has come out of this situation, is that is that more and more people are now taking an interest in the bridge.
“It bring so much to the community, beyond just being a crossing for vehicles, with its history and links to the heritage and as a place where people can enjoy walking,  cyling and taking in the spectacular views.” ‌﻿​﻿‌﻿‌﻿​﻿​﻿​﻿‌﻿‍﻿‌﻿​﻿‌﻿​﻿‌﻿​﻿​﻿​ 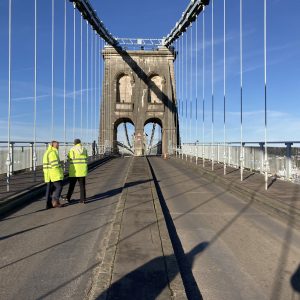 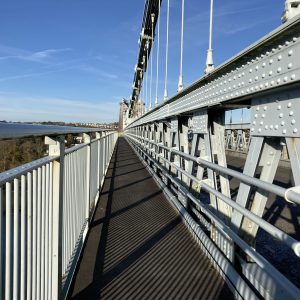 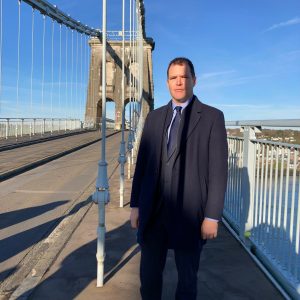