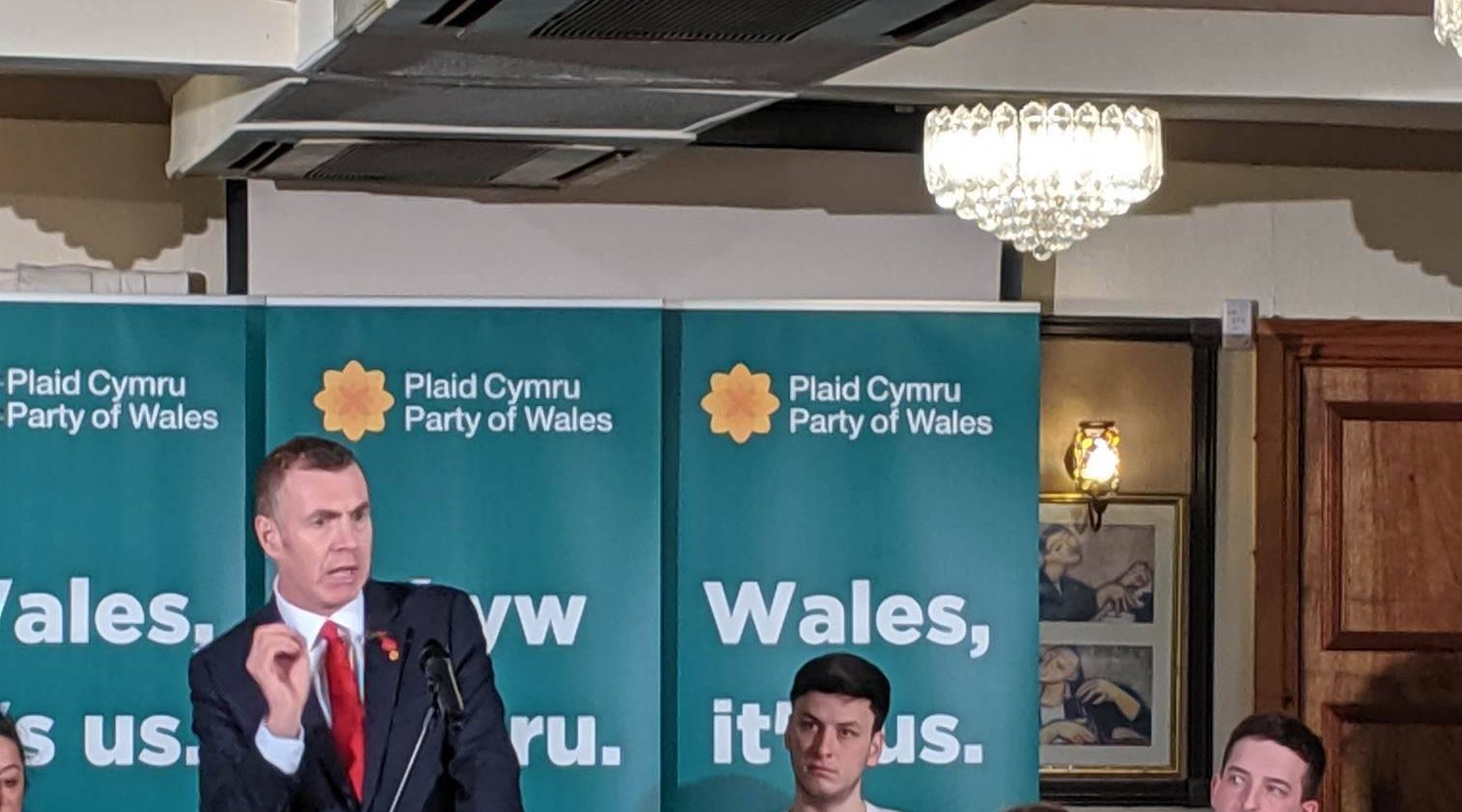 Plaid Cymru has launched its 2019 General Election campaign as it hopes to increase the number of Welsh nationalist MPs at Westminster.
On Monday, activists from across Wales converged upon Menai Bridge where the party hope to win back the Ynys Môn seat it has been continually targeting since losing it to Labour’s Albert Owen in 2001.
But while the party faces having to turn over a 5,000 majority, it hopes that Mr Owen’s decision to stand down after 18 years in Parliament will offer a timely boost.
Party leader Adam Price, addressing the gathering of party faithful at the Victoria Hotel, said that “the people of Wales and the Party of Wales united will be an unstoppably positive force”.
But while there is widespread speculation that the party could stand aside in some seats, as part of an electoral pact with the Liberal Democrats,  Mr Price said that “they haven’t reached a final agreement yet.”
Set to tackle his first General Election as party leader, he added that there was “no other party with higher ambition for Wales,” and that “the solutions to Welsh problems are in our hands.”
“That pencil that we will all hold in a few short weeks could be the beginning not just of a new politics, but a new Wales, a new hope for all of us,” he said, hoping to carry on the momentum after the Party came second in Wales during June’s European election.
But as well as targeting Ynys Môn, they also face battles to retain two of their four seats, with Ceredigion and Arfon currently held on the slimmest of margins – 104 and 92 respectively.
“It’s us – the people of Wales that hold the key to our nation’s future,” added Mr Price.
“Europe, it’s us. Transforming our economy, it’s us.  A caring country, it’s us.  Ending poverty, hunger and homelessness, it’s us.
“A  healthier Wales, a greener Wales, a prosperous Wales, a confident Wales, an independent Wales. It’s us.
“In a sense, it’s us, or them. The future or the past.  A powerful new sense of self-belief or more of the same, the failed policies and failed politics of Westminster.
“You know, the people of Wales and the Party of Wales united will be an unstoppably positive force that will change our country for good, a fuse that will light up even the dark nights of this election.”
Among the party’s policies are:

Investing in renewables, infrastructure, and digital, and creating tens of thousands of jobs.
Delivering free social care through a new National Health and Care service, with thousands of new medical staff.
Universal free childcare and a new £35 a week payment for every child in low income families.
“Major investment” in affordable homes and introducing rent relief for people who pay more than 30% of their income on rent.
Creating a Welsh justice system, devolving policing, and creating a new £50 million crime prevention fund to recruit 1,600 new police officers.

The party’s Westminster leader, Liz Saville Roberts, was adamant that Wales should remain within “the great union of Europe.”
While Ynys Môn candidate, Aled ap Dafydd, said that while Westminster looked upon Wales as “an irrelevant faraway corner,” Plaid would “turn their backwater into our bedrock.” 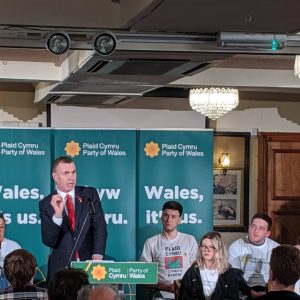