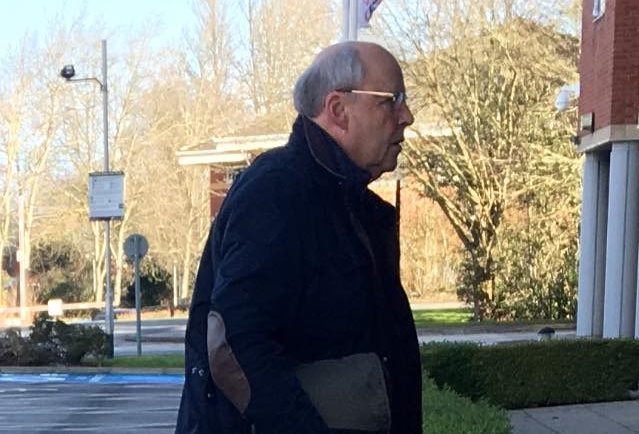 A former music teacher who engaged in sexual activity with an under age girl has been struck off for unacceptable professional conduct.

A fitness to practise hearing of the Education Workforce Council also found that during the late 90s and early 2000s Richard Edwards had  joined in and encouraged students to drink alcohol on trips abroad and used “inappropriate” innuendo.

Having been struck off the teaching register for an indefinite period, Edwards will not be permitted to re-apply for a period of 10 years.

Now aged 70, he was a well-known music teacher for the Gwynedd and Anglesey schools music service and also worked as a school learning support worker. He was the founder of  the North Wales Clarinet Choir (NWCC) and also edited a clarinet magazine.

Meeting in Wrexham on Thursday the council was satisfied that in 1997 during an overnight stay in north Wales, Edwards had asked the then 15 year old, known as “Person B” if she was a virgin.

He went on to kiss her, engaged in sexual touching while both were naked and told her that he loved her.

“Person B,” who was described during the hearing as a “credible witness” and of having a “consistent account,” had reported the events to authorities after what she described as “a bit of a breakdown in school,” but no charges were brought forward at the time.

Edwards was later interviewed by police in November 2017, however, after another witness, known as “Person A”, who had a sexual relationship with the married man when she was 19, came forward years later to state the extent of his “abuse” towards her and “Person B,” claiming she  “long carried a burden of guilt” that she had not reported it at the time.

Though the sex with her was found to be consensual, “Person A” also recounted a “party atmosphere” and “heavy drinking” during a visit to north Wales by a Danish clarinet choir, with Edwards found to have joined in and “encouraged” such behaviour on this and subsequent trips abroad.

Cadi Dewi, presenting officer for the Education Workforce Council, said that Edwards’ actions had resulted in “lifelong consequences” for “Person B.”

Although the hearing was based on historic and not present day teaching standards, she added that he had been “untruthful in his account,” noting a “pattern of misconduct” having embarked on sexual activity stemming from a student teacher relationship.

Edwards, of previous good character and with no intention of returning to education, conceded he had been “too close, approachable and friendly” with students, but had not received adequate training in regards to child protection, noting that despite a successful career he was now “not in a good place.”

He also denied a sexual relationship with the under age girl, adding that the whole process had been “difficult to understand,” having not worked for two years and unable to fund legal support.

Summing up the panel chairman, Mark Brown, described Edwards’ actions as having a “very serious impact” and of displaying “no genuine expression of regret.”

This, despite the time elapsed since the incidents and lack of previous judgements against Edwards, was found to be a case of “serious unprofessional conduct,” including sexual misconduct and an abuse of trust.

The decision to strike off Edwards from the register, he added, was in place to protect learners and to uphold standards.