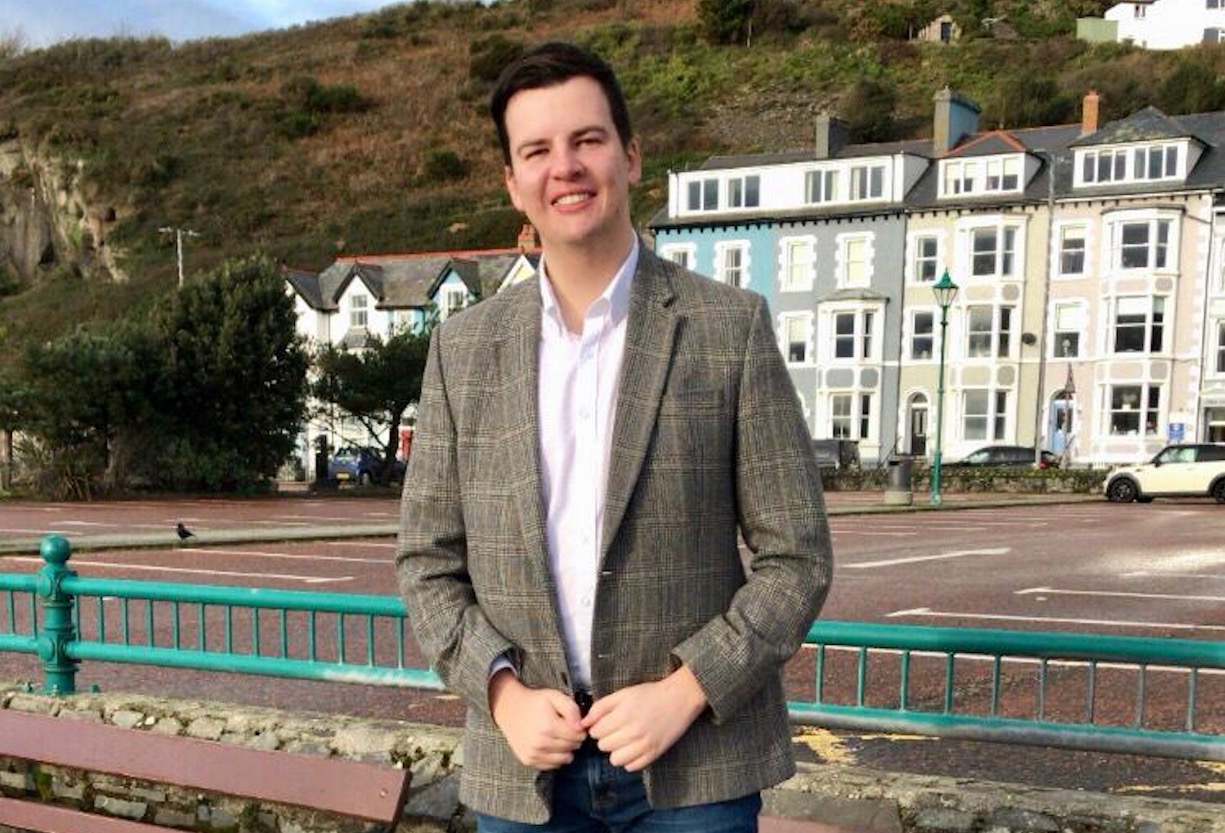 All views on this page are from the candidate unedited.

We first asked them to tell us a little about who they are, any political history, about their political leanings and what skills you have to be a top level politician in Wales?

1 – Aside from Covid and Covid recovery, what do you feel is the top issue for this constituency  in the forthcoming parliament term, and briefly explain how you would like to see your desired outcome achieved ?

Certainly, it is that lack of opportunity for young people. It seems to unite people across the political spectrum and everyone is talking to me about it when I speak to them. So we need new jobs and we need affordable housing. My party has pledged to deliver more jobs, more apprenticeships, tax cuts on businesses and UK Government is investing in 4G which will allow young people to set up new remote working based businesses.

2 –  What is your plan for helping residents and businesses in your constituency in the coming years to recover from the pandemic?

So from a business perspective, I will be publishing a Town Recovery Strategy after liaising with businesses and local leaders for every town. It’s important we adopt a tailored approach for every town. My party as I say above is committed to many policies to help the recovery, but a lot of it is about tone and attitude. Many locally are concerned at how anti-business Plaid Cymru seem to have become, so as Dwyfor Meirionnydd’s MS, I will be much more positive. And what is good for local businesses is good for local people. We also need to have specialist mental health support in place and we will have a catchup strategy in place for the NHS. Beyond that, it is about giving people their freedoms back.

3 – The pandemic has highlighted to many for the first time the powers that the Senedd have under devolution. How has the pandemic changed your views of devolution?

Well, it’s made me realise how powerful the Senedd is for sure. I am also more concerned than I was before how it has been used as a platform for the separatists and Welsh Labour to divide the United Kingdom. But it has made me more determined to see Labour, the Lib Dems and Plaid Cymru given their marching orders and to elect Conservative MSs.

4 – What would you have done differently on the Welsh covid response?

So with the unlocking, I would have adopted a UK-wide approach. We went into this together so we should have come out of it together. In the middle of the pandemic, where case rates fluctuated, I would have liked to have seen much more targeted interventions, like we saw in Bangor and Llanelli, which were broadly successful. We need a full inquiry too to see what should be done differently. With the benefit of hindsight, better infection controls in our hospitals, locking down our care homes sooner would have been better.

5 – Would you support legislation to hold an independence referendum for Wales? How would you vote in such a referendum and why?

No and no. I am Welsh, and I am British too. That’s just how I feel. But we’ve seen the strength of being part of Britain too, in terms of the vaccination rollout and the financial support. But are Plaid really saying now is the right time to hold a referendum? They should stop adopting a “For Wales, See Sturgeon” approach and focus on the job at hand.

6 – What actions would you take, or support, as a MS to encourage Welsh language use growth? Or, if you are against this, why?

So I can speak from experience. I am learning and about 60% of the way there. I lost it after going to university in Exeter. I am doing it because I want to. And the best way to grow it is people using it and to promote it themselves, not necessarily always imposed from the top. During the campaign I have been pulled up on not being perfect all the time. Learners should be encouraged to make mistakes. The main thing we can do is have those opportunities locally so people don’t feel forced to move away. That way the language will be more widely used and be multi-generational just as it was in the past.

7 – What does “climate emergency” mean to you, and why?

For me, it means rising sea levels that look set to force coastal communities in Gwynedd and across Wales over the next 100 years to relocate. It means we could be one extreme weather event away from sea defences being breached and decimating communities. Those are real issues. The term “climate emergency” does give off a certain impression though of a need to impose negative growth policies or that somehow sees farmers as the enemy. Those policies would be disastrous. Capitalism, freedom of enterprise and technological advances can help go along way as well as strong leadership. I am a passionate environmentalist and we need to take drastic action.

8 – There can be a perception that politicians are too “South Wales focused” and can see a north south divide. Do you think this is the case, and realistically if elected which of your North Wales specific goals do you think you can deliver?

9 – What are your views on a LGBTQ+ plan for Wales?

I don’t have much of the detail on this and that’s because the Welsh Government is rather lacking that detail. But any plan must reflect the diversity within the LGBT+ community. It is not a homogenous community- and there are different experiences and views within it. So everyone needs the opportunity to have their say before any plan gets put forward.

10 – Children and young people have missed almost a full year of regular education – what are your plans to make sure that children who have missed out on academic and social experiences are not left at a disadvantage in the next few years?

We are committed as a party to supporting schools and children to catchup on the education they have missed. I will work with the local community and the council also to see extra-curricular support in place too- the rebuilding effort is a team effort and will require that same spirit of community that got us through the first wave of the pandemic to help our young people catch-up.

11 – Local services such as libraries, leisure centres and community centres have been badly affected in recent years due to lack of funding – how would you support local authorities?

We as a Party will urgently address the funding differentials across local authorities which Gwynedd Council will benefit from. I want to have a constructive working relationship too with councillors from across the political spectrum. They are the elected representatives of their wards so I will respect that.

12 – How would you resolve issues at the local health board that are emerging from special measures?

There are GP surgeries and hospital services that work well. Bala Surgery’s primary care is exemplary. Ysbyty Gwynedd’s vascular services were world class, but were taken away. I will work to relocalise departments and address the chronic shortage of doctors and nurses.

13 – What are you planning to do to help those who are finding it hard to find work?

Similar to some of those pledges I’ve cited above on apprenticeships and jobs, but in terms of locally, I as the MS would want to bring people together to form a Gwynedd Mentoring Network to buddy up with people out-of-work and provide independent advice, free of charge. I also support redeveloping the Trawsfynydd site so it has small modular reactors to help Britain meet some of its future energy needs. That will mean good well-paid jobs in the area.

14 – You lost your leader a few months back after a drinking scandal in the Senedd, and replaced him with a leader the group got rid of. If you didn’t believe in him as leader back then, why should the public make him First Minister now?

I have never been part of the group. I have full confidence in Andrew RT Davies. My belief in his ability as leader has been unwavering and he is the Welsh Party’s greatest asset. I think he is relatable to all people across Wales and he will make an excellent First Minister.

It’s about priorities. We will fund that VAT cut because it is the right thing to do.

It is hard to give those specifics when the local authority is split into two constituencies.

17 Your party pledges ‘no more powers’, why is the current state of devolution the optimum for Wales, or is it just an arbitrary line being drawn ?

Well, the current state of devolution is not the optimum for Wales because Labour, the Liberals and Plaid have done such a bad job with the powers that are there. I believe in getting results for the people of Wales- we desperately need a Government that will focus on delivering the results with the powers that are currently there, not incessantly blaming Westminster to cover-up for their own failures in the Bay. We need a Welsh Government too that stops the incessant demands for more and more powers and focuses on the bread and butter issues that are in their gift.

18 – If you change political allegiance from what you are currently seeking election for (eg. resigning from, or joining another party or group) will you trigger a by-election? If not, why not?

I would never change political allegiance. But I do agree with that principle.

19 – At the time of writing where has the top three sources of funding for your campaign come from, and are there any funding sources you feel would be relevant to voters to know about?

I only have one source of funding, and that is individual donations from members of the local Conservative Party who are desperate to see Plaid given the boot.

20 – In a few lines to wrap this up, why are you the best candidate compared to your competitors?

Because I am full of energy, brimming with enthusiasm and I represent something very different from the stale and bland politics of Cardiff Bay that we see at the moment.

North.Wales does not accept any political advertising. All candidate promotion on this site has been provided for free with the same offer to every candidate. Anyone who wishes to use our election coverage content (text, video or images) please feel free, all we ask is a link back to this site if it is used online, or an equivalent prominent credit if in print or other mediums. We would also request that you use it without misrepresenting the context of candidate answers.