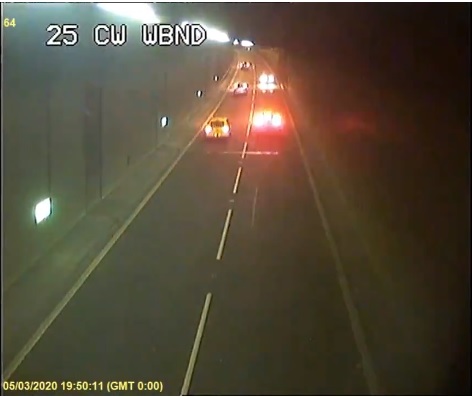 Video footage has emerged of a driver narrowly avoiding a collision after going the wrong way through the Conwy Tunnel.

The CCTV images were released by Traffic Wales following the incident on the A55, which the time stamp shows happened at around 7.50pm last Thursday.

The Welsh Government’s traffic information service said a serious collision was only averted because of the evasive action of other drivers.

It is not yet known if any action has been taken against the driver of the vehicle.