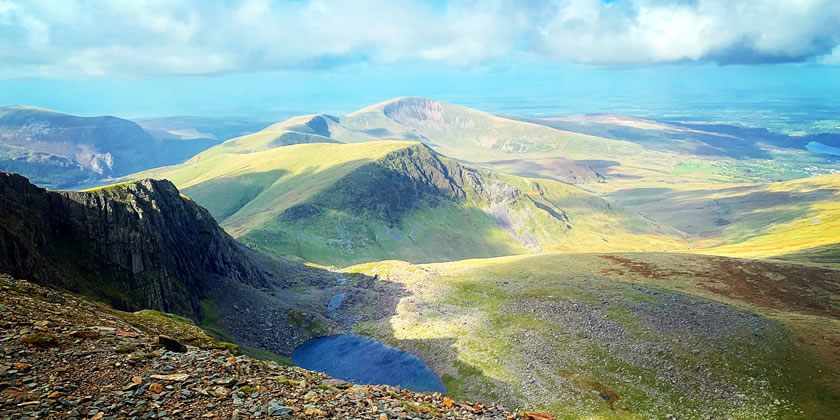 A national park authority has approved plans to ditch the English name of “Snowdon” for Wales’ highest peak in favour of referring to it by its Welsh name of “Yr Wyddfa”.

A motion agreed at a meeting of the Snowdonia National Park Authority committee held today will also see it use “Eryri” rather than “Snowdonia” in future in both Welsh and English contexts.

The park was established in 1951, covering 827 square miles (2,140 km2) of mainly mountainous land in Gwynedd and Conwy counties.

The changes were spurred by a petition containing 5,000 names calling on the authority to formalise the use of the Welsh names Eryri and Yr Wyddfa.

An earlier petition calling for the national park to drop “Snowdon” and “Snowdonia” was rejected by the Senedd in 2020 after it was found to be the responsibility of the park itself rather than Cardiff Bay.

The park authority initially considered the proposals last year but chose to delay any changes to allow a task and finish group to look at the use of place names.

Commenting on today’s decision, Naomi Jones, head of cultural heritage at the Snowdonia National Park Authority said: “Many public bodies across Wales have moved to use both the Welsh and English names, or the Welsh name only, when referring to Yr Wyddfa and Eryri, as have many of the mainstream English-language press and filming companies.

“This is very encouraging and gives us confidence that this change in the authority’s approach will be accepted for the benefit of the Welsh language and as a mark of respect to our cultural heritage.

“We have historic names in both languages, but we are eager to consider the message we wish to convey about place names, and the role they have to play in our current cultural heritage by promoting the Welsh language as one of the national park’s special qualities.

“The national park’s statutory purposes denotes the requirement to protect and enhance our cultural heritage and provide opportunities for people to learn about and enjoy the special qualities.

“By referring to our most renowned landmarks by their Welsh names we give people from all over the world the opportunity to engage with the Welsh language and its rich culture.”

The move towards using Welsh names is already underway and will continue over time, as publications and interpretation materials are updated.

The park authority said this would enable people to familiarise themselves with the new policy and to continue to be able to access the information they need.

“Yr Wyddfa” means grave, with legend stating that the giant Rhita Gawr was buried on the 3560 ft mountain. However, it was also known as Carnedd y Cawr (the Cairn of the Giant).

“Eryri”, meanwhile, is believed to originate from the Latin “oriri” (to rise) and was first documented in the 9th century, despite it long being thought to refer to the Welsh name for Eagle – “Eryr”.

The more recently popularised English forms of “Snowdon” and “Snowdonia” are thought to derive from the Saxon “snow dune” meaning “snow hill”.

There is a precedent for the ditching of English place names for popular tourist attractions, however, with Ayres Rock in Australia now formally known by its much older Aboriginal name of Uluru.

Although the park authority has decided to follow a similar route, it does not compel other bodies and/or individuals to stop using “Snowdon” or “Snowdonia”.