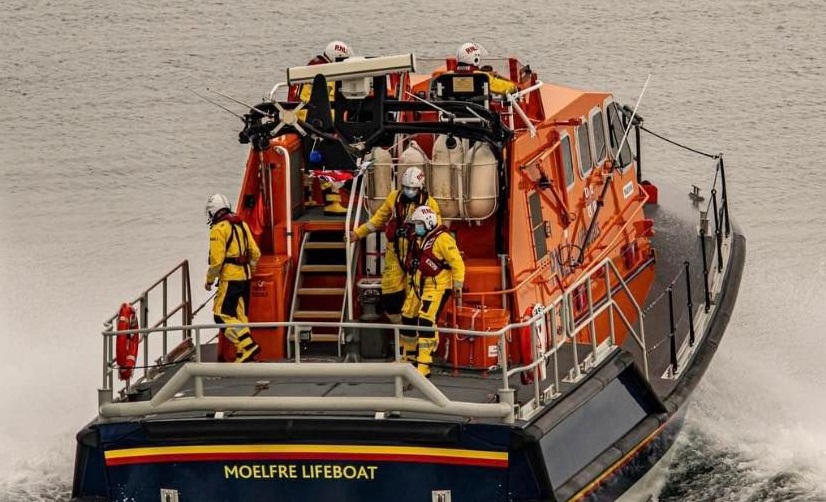 A kayaker had to be rescued after being left clinging onto rocks after capsizing off the coast of Anglesey over the weekend.

Moelfre lifeboat volunteers were called out at 5.16 pm yesterday after the coastguard received reports of a kayaker struggling to get back onto a capsized kayak near Llanbadrig headland.

The coastguard helicopter was also sent to help search for the woman, who was spotted awaiting rescue holding onto rocks.

Once on scene, the RNLI team launched a Y-class lifeboat, a small boat carried on board the larger all-weather lifeboats, which designed to operate safely in shallow water or at the base of cliffs.

“The mature lady in the kayak was wearing a lifejacket and had means of communication; she did not require any medical assistance.

“At 6.50 pm, the all-weather lifeboat was back on slip to be made ready for her next call to service.”