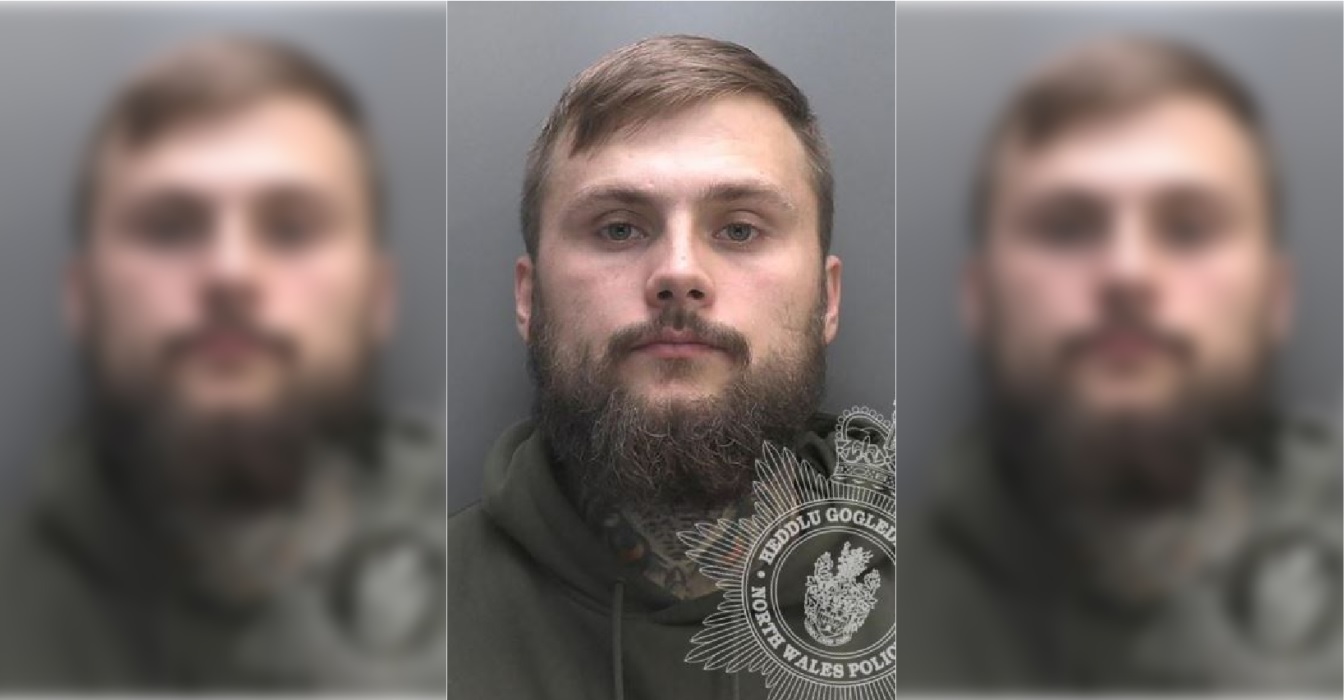 The woman, who was a passenger in the car, was taken to Ysbyty Gwynedd in Bangor and was later transferred to hospital in Stoke where she remained for ten months with a life-changing injury. ‌﻿​﻿‌﻿‌﻿​﻿​﻿​﻿‌﻿‍﻿‌﻿​﻿‌﻿​﻿‌﻿​﻿​﻿​

Following the sentencing, the investigating officer PC Dan Owen of the Roads Policing Unit said: “Blake, who was already disqualified from driving, showed appalling disregard for the safety of others as he drove dangerously that night. ‌﻿​﻿‌﻿‌﻿​﻿​﻿​﻿‌﻿‍﻿‌﻿​﻿‌﻿​﻿‌﻿​﻿​﻿​

“This case highlights the devastating consequences of such a poor standard of driving and the serious, often life-changing repercussions that this can have on other road users. ‌﻿​﻿‌﻿‌﻿​﻿​﻿​﻿‌﻿‍﻿‌﻿​﻿‌﻿​﻿‌﻿​﻿​﻿​

“This outcome doesn’t change the injuries the victim now has to live with, however, this has been a thorough investigation with a sentence that hopefully carries a warning to others who chose to drive in a dangerous manner that they will be brought to justice.” ‌﻿​﻿‌﻿‌﻿​﻿​﻿​﻿‌﻿‍﻿‌﻿​﻿‌﻿​﻿‌﻿​﻿​﻿​